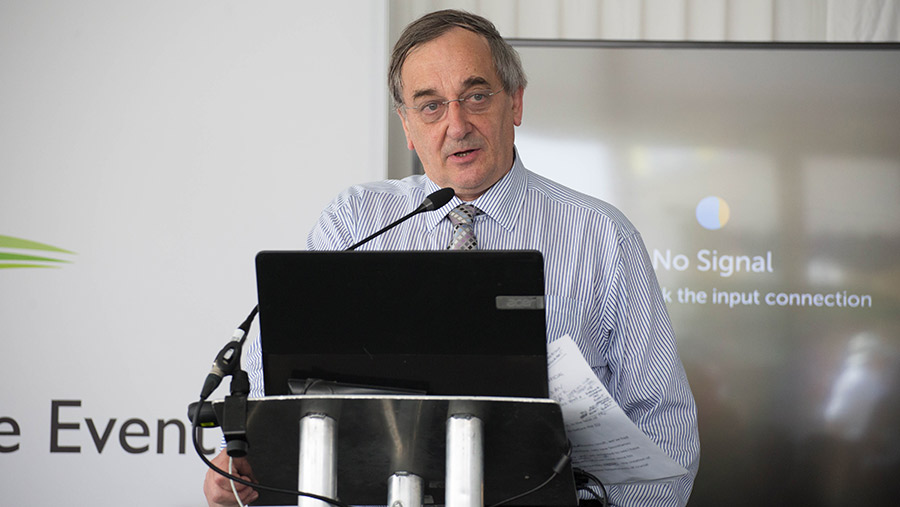 NFU president Meurig Raymond has called on the government to “end the uncertainty” over what Brexit will mean for UK agriculture.

Speaking at Cereals 2017, Mr Raymond said a collaborative approach to Brexit negotiations is needed to achieve the best outcome for the country.

More than 20,000 farmers and other members of the agricultural industry are attending the flagship arable event, which is being held on 14-15 June at Boothby Graffoe, Lincolnshire.

“We are still – a whole year on from the Brexit referendum – little closer to knowing what future Brexit holds for us,” said Mr Raymond.

The European Union is the UK’s biggest trading partner in agri-food products – yet the UK’s future trading relationship with the EU remains unclear.

Similarly, farmers don’t know how a future immigration system will work – or whether they will still have access to the highly specialised workforce required in many sectors.

Neither is it clear how public policy will support agriculture, improve productivity or deliver environmental goods once the UK was is longer subject to the Common Agricultural Policy.

“The time has now come to end this uncertainty,” said Mr Raymond.

“With negotiations due to begin next week, it is time the UK government took a collaborative and consensual approach to Brexit.”

“In fact, it’s the only way forward,” Mr Raymond said.

The government must work with a wide constituency of interested parties to get the best outcome for the UK, said Mr Raymond.

It is vital that the views and interests of the country at large are represented.

Mr Raymond said: “For agriculture, the sector that has the potential to be the most affected by Brexit, this means working with UK farming unions, the food chain and the farm supply chain.

“From our perspective, the NFU has engaged extensively as part of our Brexit work, both with government and with industry and interest groups within and beyond agriculture.

“We’ll continue to do this, and indeed do it with more intensity and purpose now that the waiting is almost over.”

Join our strategic panel who will look to the future with a balance between the challenges, environment and new support policy, and the opportunities in food production and creating a world class sustainable farming structure in the UK.
Register now
Cereals LIVE