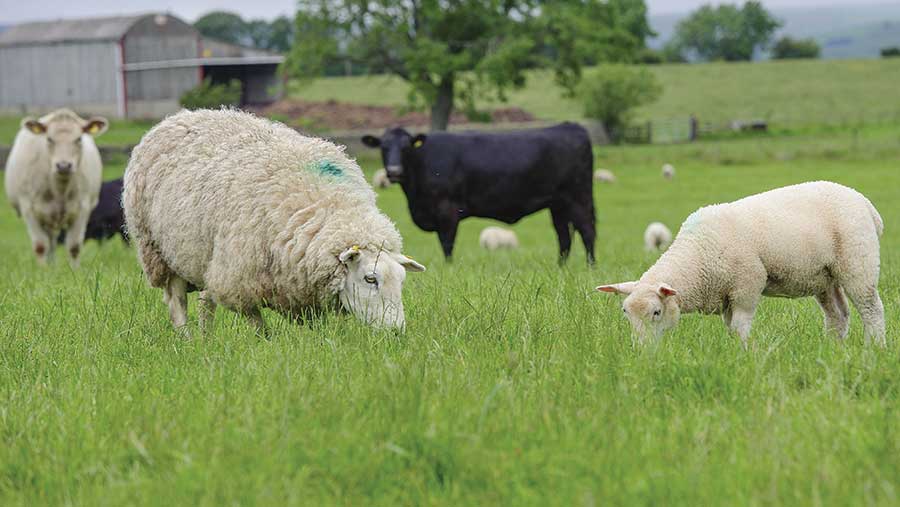 Britain’s dairy and livestock industries would be crippled if the UK left the European Union, Defra secretary Liz Truss has claimed.

Ms Truss was commenting on the trade implications of leaving the EU, as set out in a government paper outlining the process for withdrawing from the trading bloc.

“It’s clear full access to the single European market has major benefits for our food and farming industry,” she said.

See also: Clash over impact of EU exit on farming

“About 60% of our food and drink exports go to the EU with no market access barriers.

“For some of our farming sectors that rely on trade with Europe, facing the same import tariffs as other countries outside the EU would be crippling.

“This is what could happen if no deal was reached after two years of the exit process being commenced and trade reverting to the WTO default rules.”

The government published its Process for withdrawing from the European Union (PDF) document on Monday (29 February).

Ms Truss said dairy farmers already suffering from low global demand could face an additional 36% tariff to trade with EU countries, if the UK was no longer an EU member.

Tariffs could be as high as 70% for the beef industry, she claimed. Some 97% of all lamb exported was sold to Europe – and could face an additional 40% tariff.

“Farmers are currently able to export our high-quality products freely without the trade barriers we deal with elsewhere in the world. We also have a say in setting the rules.

“We would have to negotiate new trade agreements with 53 individual nations, that are currently agreed through the EU. This would not be easy or fast.”

Campaigners calling for a “leave” vote in the in-out referendum on 23 June have suggested it would be relatively easy for the UK to secure post-exit trade deals with the EU.

But Ms Truss said: “Protracted negotiations we are still having about opening the US market to British beef more than twenty years after BSE show how hard this can be.”

Considerable effort had been required for UK pork producers to gain access to the Chinese market and many UK products such as beef and chicken still did not have access to China.

“While these deals are debated, our food and farming industry would face damaging uncertainty,” said Ms Truss, who repeated her assertions that leaving the EU would be a “leap into the dark”.

She added: “I believe our farming industry would be stronger, safer and better off in a reformed Europe and our special status will gives us the best of both worlds.”

Ms Truss’s comments contradict the view of Defra minister George Eustice, who believes British farmers would be better off if the UK left the EU.

Mr Eustice told last month’s NFU Conference in Birmingham that leaving the EU would bring a range of benefits – including an £18bn a year “Brexit dividend” in savings.

Mr Eustice said he had “wrestled with all sorts of EU regulation” during his time as Defra minister.

“We would do far better as a country if we ended the supremacy of EU law and actually shaped new, fresh thinking and created policies that would really deliver for our agriculture.”

The existing way of tackling agricultural and rural development policy would be completely scrapped if the UK left the EU, suggested Mr Eustice.

“My view is that you would probably dismantle the whole two-pillar structure,” he said.

Cross-compliance, which was “bureaucratic and unnecessary,” would be completely streamlined. Food security would be enhanced through investment in science and technology, he said.