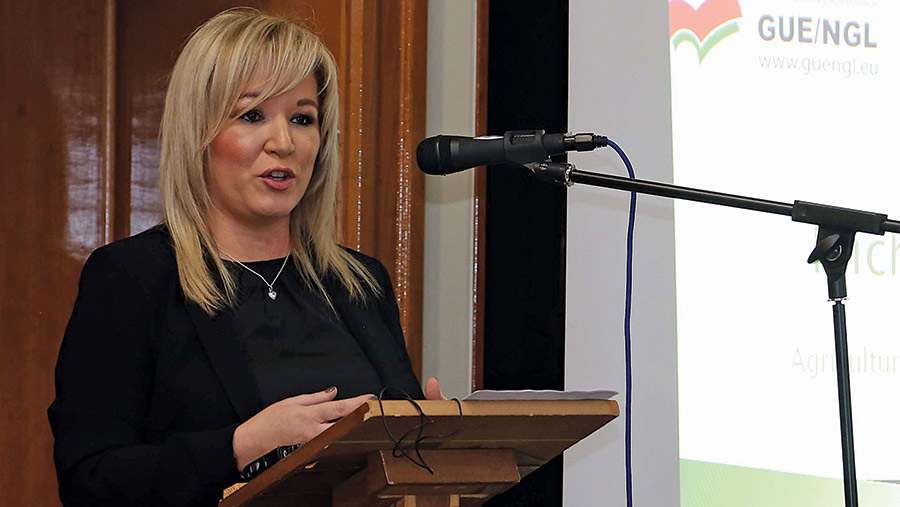 A British exit from the European Union would have disastrous consequences for farmers and rural communities, Northern Ireland’s farm minister has warned.

Michelle O’Neill said a vote to leave the EU in the forthcoming referendum would result in the loss of potentially billions of pounds in farm subsidies.

Speaking at the Brexit: Rights and Wrongs conference in Belfast on Friday 29 January, Ms O’Neill said: “The problem with a vote to leave the EU is that no one will know what they are voting for.

“This is due to the absence of information about the type of relationships that would be negotiated with the rest of the world and the EU, post exit.”

She added: “Access to the EU is something that would have to be negotiated in the wake of a vote to leave and I find it difficult to see a scenario that affords us the same access to EU markets as we currently enjoy. Our agri-food sector would be worse off under Brexit.”

Ms O’Neill said farmers in Northern Ireland currently receive €326m (around £250m) per annum in direct support payments, which are hugely important to the industry. In addition, £186.5m of EU funds towards the government’s rural development programme has been secured.

“The British government has long wanted to reduce the level of support going to farmers and rural development. It does not regard direct payments to farmers as value for money,” said the minister.

Ms O’Neill also warned that an exit would impact relations with the south, such as cross-border trade trade in livestock, which help to make farm businesses profitable.

She concluded: “I am not going to argue that the EU is perfect. There is certainly room for improvement. I have pushed for change and I will continue to do so, particularly with respect to achieving greater simplification within the common agricultural policy.”