In an eleventh-hour visit to persuade farmers they should vote “remain” on 23 June, the prime minister met a group of local producers at Mike Wilkinson’s arable and free-range poultry unit at Eldmire Ings, near Thirsk, North Yorkshire.

Farmers Weekly’s Johann Tasker went along to the farm to hear what the prime minister had to say and to ask the farmers for their verdicts on the meeting. 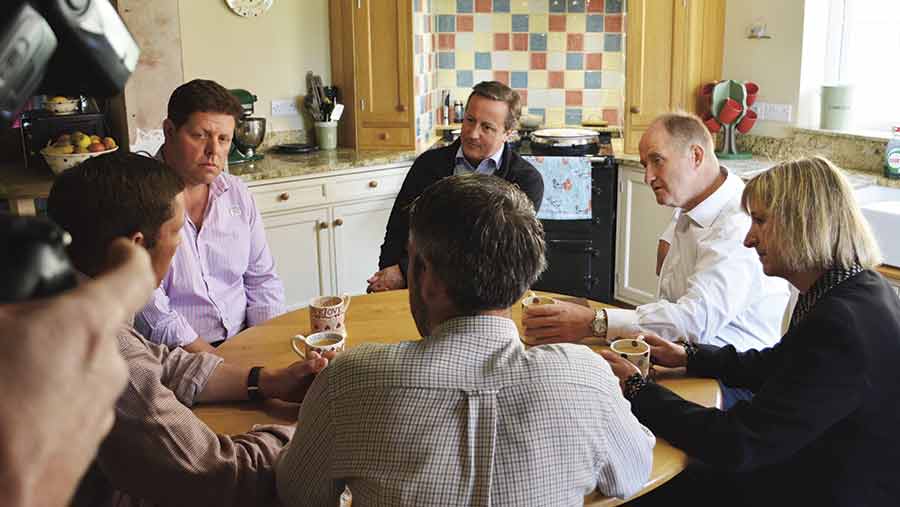 Over tea and biscuits around the farmhouse kitchen table, Mr Cameron listened to their concerns about the future of farming. “Leaving the EU is a massive threat to British agriculture,” he told Farmers Weekly afterwards, outlining three key reasons for the UK to stay in the EU.

Access to the single market of 500 million people was “absolutely in the interests of British agriculture”, said Mr Cameron. “There is not a country in the world outside the EU that has a trade deal with the EU that gives them unrestricted access for meat or for poultry or for processed food.”

The second reason to remain within the EU was the level of farm payments.

Brexit campaigners claim that a UK government outside the EU would maintain support payments (see Farmers’ verdicts below), but the prime minister said such a scenario was far from certain.

“We have a deal until 2020 and then beyond. If we are outside the EU we have a smaller economy – future British governments would be under enormous pressure to cut agricultural support in order to support the health service, or schools, or other services.”

The third reason was less well understood but particularly concerning, said Mr Cameron. Outside the EU, it would be very difficult for the UK to overturn a trade ban imposed by another country on farm exports if ever there was a problem such as an avian flu outbreak.

“I think those are three huge threats. I would say to farmers that I believe in a living, working countryside and I am an enormous supporter of British agriculture. I think the case for remaining is overwhelming when it comes to farming.” 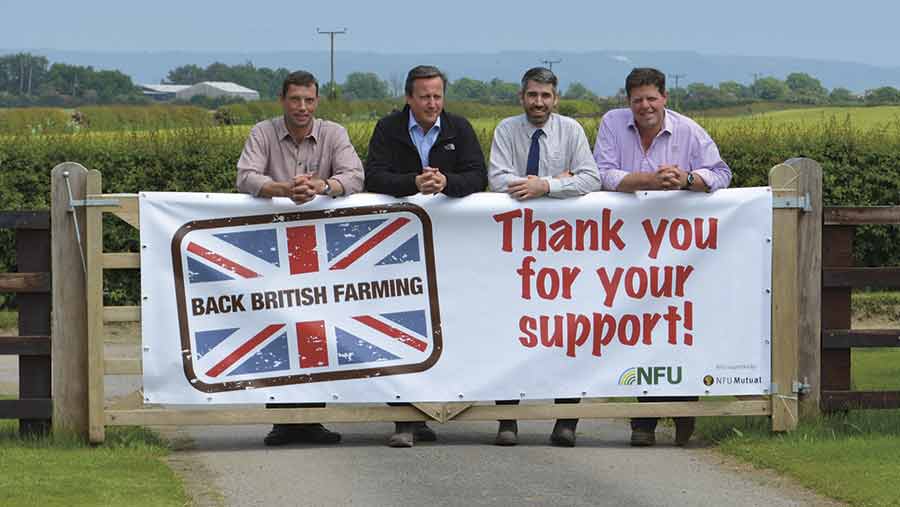 Acknowledging the heavy-handed nature of some Brussels rules and regulations – including the three-crop rule – Mr Cameron said the frustrations of being part of the EU had to be weighed against the benefits of membership.

“There are imperfections,” he said. “I am not sitting here arguing that the EU is perfect. It is particularly not perfect when it comes to agriculture. We do need to cut bureaucracy. We have reduced farm inspections by 34,000 and I think there is more we can do.”

“This is not some game,” he said. “Trade talks are not a love-in. You don’t sit around singing Kumbaya – it is a power play. We are more powerful inside the European Union – driving these deals with other countries.”

Outside the EU, export tariffs could average 36% for dairy products, 16% for cereals and 13% for fruit and vegetables. Mr Cameron said: “I would urge British farmers to look at the evidence – and look at what the NFU and others are saying – and vote wholeheartedly to stay in.”

Farmers’ verdict on the prime minister

Prime Minister David Cameron talked to three farmers during his visit to Yorkshire. Here’s their verdict on their meeting and what he said: 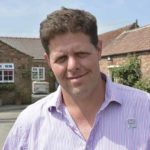 Mike Wilkinson, arable farmer and egg producer
“He was enthusiastic about agriculture and passionate about the need for us to stay in the EU – not just as a country but on agricultural principles and needs. He was knowledgable about the industry and positive about the future for farming.

“I believe we should stay in Europe. I’m also a big believer that we need a healthy economy – otherwise people will want cheaper and cheaper food. And for that to happen, there is only one person that pays – the farmer.

“If there is one point I would like him to take away from his visit, it is the need to manage regulation and reduce unnecessary red tape. Whether we stay in or come out of Europe, regulation needs to be well-managed.” 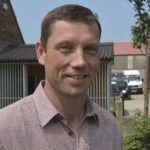 Richard Findlay, hill farmer
“We need more certainty. I asked him to concentrate more on the government’s food and farming strategy. At the moment we don’t know which direction we should be going in. I asked for a commitment to a UK strategy that gives us long term goals and indicators.

“The government keeps altering tax relief on buildings and machinery. One year it goes up and the next year it is cut. It is no good – we need a longer-term strategy than that. I asked him to have a word with chancellor George Osborne to see if we can fix something for 10 years.

“Farming is a long-term business and giving us some long-term security would really help the industry. We are starved of investment – if we had more long term security it would encourage investment, improve efficiency and employment.” 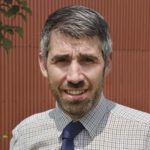 Paul Tompkins, dairy farmer
“I was struck by how well-informed he was about the dairy sector. There is no silver bullet for the desperately low prices that we receive at the moment, but he seemed keen to help us chip away at the edges and that was encouraging.

“You can always argue that large government and the EU are great juggernauts that take too long to react to problems that are happening today, but without us engaging with these people to push those cogs along quicker, then they never will turn quicker.

“Having time with the prime minister was important to remind him of the importance of agriculture – what we do and how we feed the nation. People need to eat three times a day and we produce the highest standard of food in the world for the lowest prices.”

Brexit campaigners insist farmers will continue to receive the same amount of public money if the UK votes to leave the European Union.

Funding projects for agriculture will be continued until 2020 – with payments made more efficiently too, according to an open letter by Vote Leave. Money will also be better spent on UK priorities, it suggests.

The letter pledges: “There is more than enough money to ensure that those who now get funding from the EU – including universities, scientists, family farmers, regional funds, cultural organisations and others – will continue to do so while also ensuring that we save money.”

Defra minister and Brexit campaigner George Eustice told Farmers Weekly: “The amount of money spent on our countryside and wildlife is very modest when compared with spending on other departments. But we could spend our money more effectively if we had control.”

Mr Eustice added: “We would have more than enough money to fund a national agriculture policy, and all ministers campaigning for a vote to leave have been clear that we would continue to support agriculture and the environment.”

The UK bought more from the EU than it sold to them, said Mr Eustice. “Last year, we exported £7.5bn worth of food to the EU but we imported food worth £18bn,” he said.

“In my view, it is very easy to put in place a free trade agreement to replace our membership of the single market.”

Outside the EU, there would be no more EU auditors telling the UK what to do. Ministers and their civil servants would be free to start thinking policy ideas through from first principles.

“We could pilot new ways of doing things and we could actually deliver the change British farming craves.”