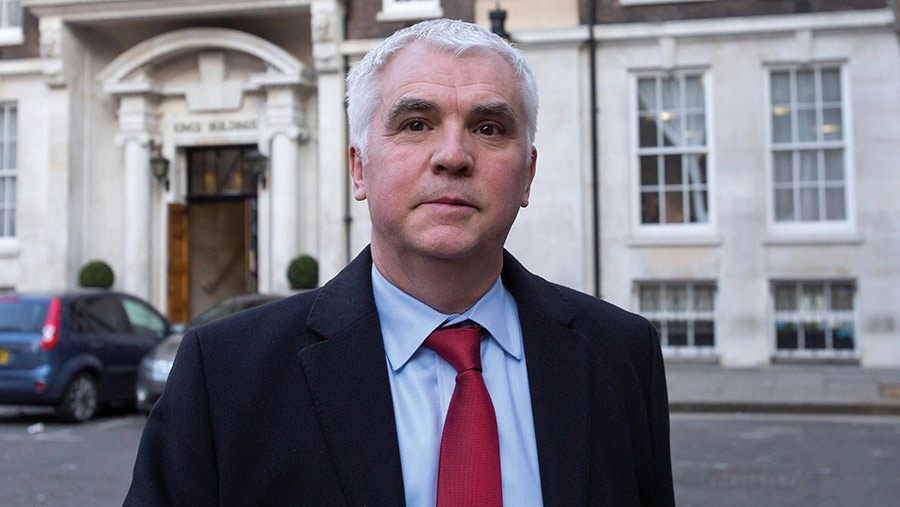 This week saw the long-awaited publication of the Trade and Agriculture Commission (TAC) report setting out the principles the government should use when negotiating future free-trade agreements.

It seeks to find a compromise between liberalising trade and protecting UK farmers and growers who have to operate to higher standards.

The report has had something of a mixed reception. The NFU seems pleased, but others say there is too much emphasis on trade liberalisation. Is that fair comment?

No, I don’t think that is fair. We want agri-trade to fit in with a broader national food policy, so that means finding a balance in trade agreements between liberalisation and no backsliding on standards. That is at the heart of what we’re suggesting.

Also, I’d say we’ll miss the point if we don’t talk a lot more about export promotion and just worry about import standards. Yes, we do need to have protections in place, but we must recognise that, as a trading nation, we should liberalise a little bit more than we did when we were in the EU.

Do you feel that the government is in listening mode when it comes to food import standards, or will the “cheap food hawks” win the day?

I would have shared that concern a couple of years ago, but the way government has engaged with us on the TAC convinces me they are taking this very seriously. Affordable food that has been produced sustainably is at the heart of what we’re suggesting, and is what government seems to want.

How can it be right to expect British farmers to compete against imported food produced using methods that are illegal in the UK?

It’s our serious intent that liberalising trade on the one hand is balanced with the importance of safeguarding long-established UK standards on the other. There will be no backsliding on standards. We know we would not be thanked for putting recommendations in place that led to the playing field being tipped in favour of one of our competitor trading nations.

The report says that, outside the CAP, farming is going to have to “recalibrate to a fully competitive scenario”. Isn’t that just a posh way of saying farmers are going to go bust as support is removed and cheaper imports come in?

I sincerely hope not. Our view is that our trade policy work is just a small part of creating a national food policy, which is partly in response to the changes in agricultural support that are coming down the track. Not everyone can be a winner, but if the TAC’s recommendations are followed, then there will be a sustainable, very good future for most farmers and growers.

The report notes that negotiations are already under way with the US, New Zealand and Australia. You then say your recommendations are “medium- to long-term aspirations”. So is it too late to change tack as far as these trade talks are concerned?

I hope not, though it would have been a good idea to have had the TAC in place a couple of years ago, before we’d started any negotiations. On the plus side, everyone can now see what we’re recommending and, unless the secretary of state [Liz Truss] rejects our recommendations, other countries’ trade negotiators can see our intent. Some may say we are just too far down the track, and resist doing things slightly different, but I have no visibility how negotiations with those countries are going.

You talk about imports “matching” UK standards of animal welfare, environment and ethics, but the report also says these standards must be aligned to “core global standards”. Does that not suggest a degree of backsliding?

It’s certainly not our intention. What we’re trying to convey is that there is a whole set of standards that are just so important to UK consumers, farmers and growers, and we shouldn’t deviate from those. We are saying that international standards in some areas need to catch up. The WTO [World Trade Organization] needs to move into the 21st century. So yes, we want to maintain our standards, but to be legal, we know that we’ve got to adhere to international standards. If you said anything else, the trade deal would not pass the test.

Are you satisfied that the new statutory TAC will have enough powers to ensure that cheap food trade deals will not be signed by this government?

The terms of reference for the new statutory TAC have not been finalised yet, but such is the level of interest in both parliament and the devolved nations, I’d be surprised if it does not have the authority those parliamentarians want. If I was an MP, I’d see this as the one opportunity to test if what trade ministers say about trade deals is actually going to happen.

Is government too fragmented to negotiate effectively and deliver for UK food and farming?

The simple truth is that government has not been as co-ordinated on food policy as some other nations, who do much better at bringing together government bodies and agencies. Currently food does not get its proper place with cross government working.

Given your experience in retailing and processing, do you think the British public will actually pay a premium to back British farmers and buy home-produced food, or just buy cheaper food imports instead?

There are clearly roles for imported food. But as we start to measure sustainability and the impact on the climate of foods that are bought all year round, I hope that will bring more opportunity for British farmers and growers. If I was a farmer, I’d be optimistic about maintaining my UK market, but also looking at the export component of my portfolio.

So where are these opportunities and are they relevant to the average British agricultural commodity producer?

For much of our food exporting, we’ve tended to think of it being more about carcass balance – a way of looking after the fifth quarter. You see this a lot in the devolved regions, when they talk about their quality and their provenance. There is a whole load more to be make out of those characteristics. Those are brand values that we should all make more of.