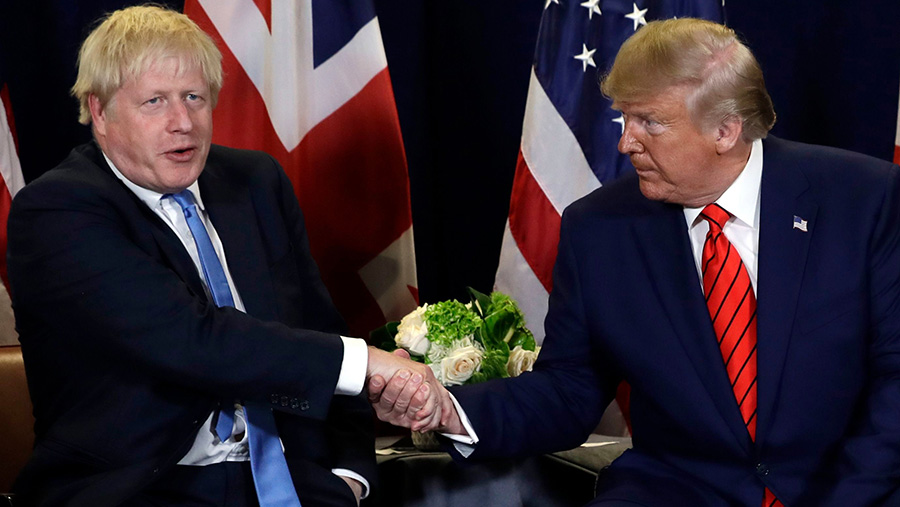 British farmers must be protected from any Johnson-Trump post-Brexit trade deal that threatens to lower food standards, the Liberal Democrats have warned.

US president Donald Trump is visiting Britain on Tuesday (3 December) to attend a Nato summit hosted by the Queen at Buckingham Palace in London.

Lib Dem leader Jo Swinson called on prime minister Boris Johnson to use the reception to tell Mr Trump that the UK will not lower its food standards in any trade deal.

Leaked documents from the ongoing US-UK trade deal talks revealed US officials are pushing for the UK to allow greater use of chemicals in food production, including chlorine-washing chicken and growth hormones in beef cattle.

The Lib Dems have also highlighted the threat Brexit poses to British farmers, including the loss of EU financial support, tariffs for the 80% of UK agricultural products that are traded with the EU and labour shortages due to the end of free movement.

Ms Swinson said: “Boris Johnson’s Brexit plans threaten to put our farmers out of business, through crippling tariffs for exports to the EU and labour shortages that would leave food rotting in the fields.

“To make matters worse, Johnson’s desperation for a post-Brexit trade deal with Donald Trump means UK farmers risk being undercut by low-standard imports from the US.

“Boris Johnson must give a guarantee that our farmers and world-leading food standards will not be sacrificed on the altar of a Trump trade deal.”

Ms Swinson was speaking ahead of a visit to a farm in Chelmsford, Essex, on Tuesday, where she will hear farmers’ concerns over food and welfare standards in a trade deal with the US after Brexit.

Key concerns for farmers regarding Brexit

Tariffs: The NFU has said British farming goods will face tariffs on exports to the EU of up to 60%, while food travelling the other way will be charged nothing in 88% of cases.

Labour supply: Only 1% of seasonal farmworkers are British, meaning there is a real risk of food rotting in fields if EU free movement is ended (BBC News).

Supplies of vets: 90% of slaughterhouse vets are EU nationals and it is vital they stay in the UK (Lords EU Environment Committee, 2019).

Subsidies: Last year, UK farmers received £3.5bn in financial support through the EU’s Common Agricultural Policy (CAP). A report published by the National Audit Office said 42% of UK farmers would have made a loss between 2014 and 2017 without direct payments from the EU.