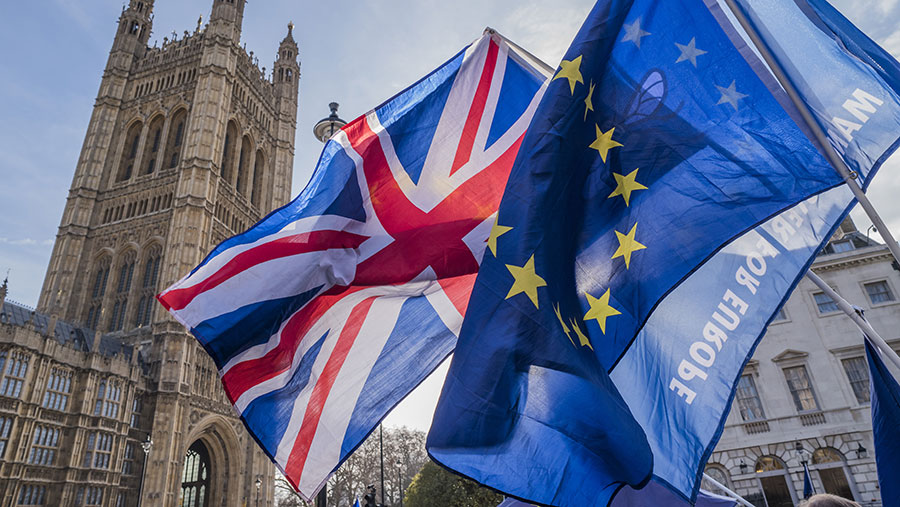 British vets have indicated they would vote overwhelmingly to remain in the EU if there was a second referendum, citing fears about the impact on animal welfare and recruitment if Brexit goes ahead.

With prime minister Theresa May deciding to call off the crucial vote on the EU withdrawal agreement in the House of Commons this week, the state of limbo the country is in over Brexit looks set to continue.

But calls for a second referendum continue to mount and is seen by many as the only way to resolve the political deadlock.

As such, Veterinary Voice – a Facebook group for vets and vet nurses with more than 7,700 members – polled its members to gauge how they might vote.

It gave its members three options:

Of the 1,227 people who voted, a massive 96% believed remaining in the EU was the best option.

But how would farmers vote?

The veterinary profession is particularly challenged by Brexit, given that half of new vets registered by the Royal College of Veterinary Surgeons each year are EU nationals, as are 95% of vets working in abattoirs

Veterinary Voices founder, Danny Chambers, said one of the vets’ biggest fears was that, without the protection of EU legislation, animal welfare might also fall – especially if the UK did trade deals with countries such as the US, which has lower production standards.

“Now that vets and the public have been made aware that Brexit will probably result in animal welfare standards dropping, and impact on our capability to staff veterinary public health services, it would appear necessary that the government ensures it has informed consent before proceeding with Brexit, by offering a People’s Vote.”