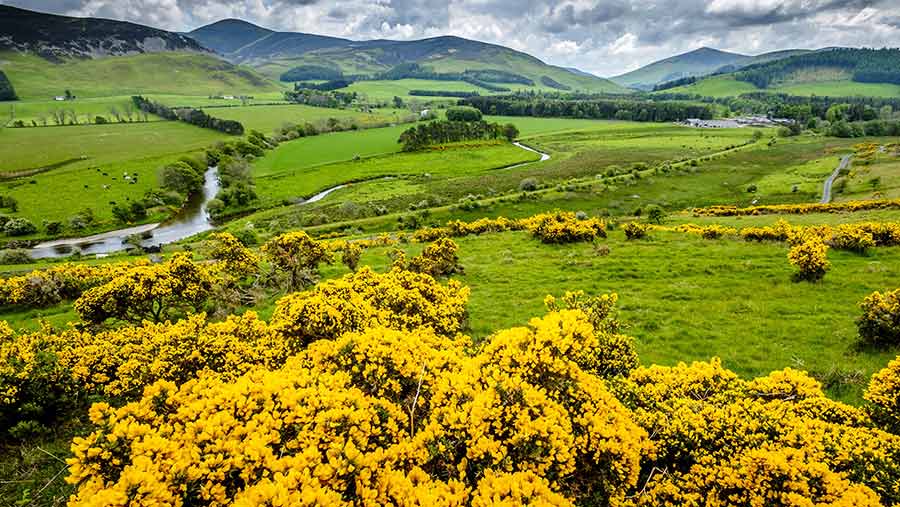 Five former leaders of NFU Scotland have written an open letter warning of the consequences a Brexit would have on the farming industry.

The letter, signed by Jim Walker, Ian Grant, John Cameron, Nigel Miller and George Lyon, says the EU 74% of Scottish farmers’ income in 2015 and an exit would impact Scotland’s food and drink exports.

The letter argues that for Scottish farmers the stakes “could not be higher” in the upcoming EU referendum vote this Thursday (23 June).

It states: “The financial support for farm businesses, access to export markets for Scottish lamb, beef and cereal exports, and the future competitiveness of our industry are all on the line.

“Whether you love or hate the EU, it delivered 74% of farmers’ income in 2015 and their markets took 40% of our sheep meat and substantial quantities of quality Scotch beef.”

The letter says remaining in the EU is the only way to guarantee that these advantages would continue.

It adds: “Owen Paterson MP of Leave promises farmers they will still continue to receive the same financial support

“Yet Boris’s bus has emblazoned on the side of it that all the EU money will go to save the NHS – completely contradicting Paterson.

“Leaving means we lose the unfettered access to our prime export markets.

“Countries such as Norway only secure the same access to EU markets as we do by paying the same EU membership fees, implementing the same EU rules such as sheep tagging but have no say over the rules. The worst of all worlds.

“No doubt many are scunnered with the form-filling, the failure of the Scottish Government’s shambolic IT system and some may be tempted to say ‘to hell with it’ and vote to leave the EU.

“We would urge everyone to think hard about the long-term damage that would do to Scottish agriculture.

“A vote to Remain in the EU is the best way to secure the future prosperity of our industry and we would urge everyone to vote to stay In on Thursday.”

However, last week the Vote Leave campaign pledged that every region, group and recipient of EU funding, including family farmers, would continue to get that money if the country votes “leave” in the referendum.

In a letter, the Vote Leave signatories, who included Boris Johnson, Michael Gove and Priti Patel, said: “If the public votes to leave on 23 June, we will continue to fund EU programmes in the UK until 2020, or up to the date when the EU is due to conclude individual programmes if that is earlier than 2020.

“We will also be able to spend the money much more effectively. For example, some of the bureaucracy around payments to farmers is very damaging and can be scrapped once we take back control.”