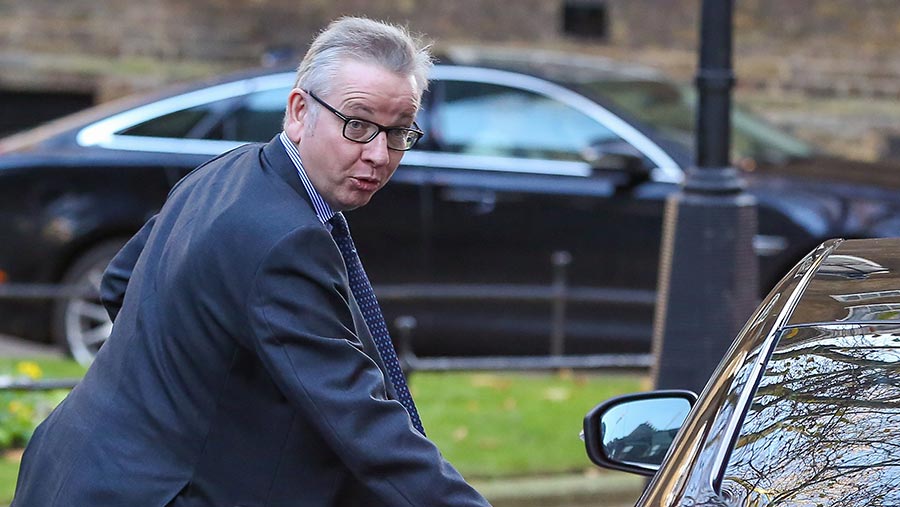 A comprehensive free-trade agreement between the UK and the EU is now looking more likely, avoiding the need for tariffs on agricultural goods traded between the two areas, Defra secretary Michael Gove has predicted.

His comments follow the conclusion of the first phase of Brexit negotiations between the UK government and the European Commission, covering the terms of the divorce bill, arrangements for an open Irish border and citizens’ rights.

On the key issue of Northern Ireland, the agreement just reached says that, if a free-trade deal cannot be reached between the UK and EU, then the UK will maintain “full alignment” with the EU in certain areas of particular importance to Ireland, which would include agriculture and energy.

While the deal still has to be signed off by EU heads of state at a summit next week, the form of words reached in the early hours of Friday morning (8 December) paves the way for talks to begin about long-term future trade relations.

According to Mr Gove, there is now a determination on both sides to push on for a trade deal that will benefit all.

“I am hopeful, optimistic and confident now that… we will be in a position where we can secure a comprehensive and deep free-trade agreement that will mean citizens within the UK and the EU will be able to sell each other goods and services in a frictionless way,” he told BBC Radio 4’s Today programme.

There will be “bumps in the road”, he added. “But we start in a position where we are in alignment with the EU, so there should be a model for one of the fullest and most comprehensive free-trade agreements ever signed.”

Mr Gove said there would be a two-year transition period in which to “iron out the details”.

“Outside the EU, we can also enter free-trade deals with other countries,” he added. “And we can do other things like improve animal welfare and devise an agricultural policy that actually rewards enhancing the environment, rather than simply paying people, as in the past, on the basis of how rich they already are.”

The Ulster Farmers’ Union described the deal reached between London and Brussels as “the start of a long negotiation”.

“We are glad the deal protects our free trade into the rest of the UK, which is our biggest and most profitable market,” said deputy president Ivor Ferguson. “We are committed to free trade on the island of Ireland, and believe the negotiation opens the road for that to be secured.

“We are also now more hopeful that a practical deal will be reached to allow us to retain access to the EU27 market – a deal also in the interest of all those in the rest of the EU that supply the UK market with food.”

Irish Farmers’ Association president Joe Healy described the deal to avoid a hard border by maintaining full alignment with the rules of the internal market as “an important outcome for the farming and food sector”.