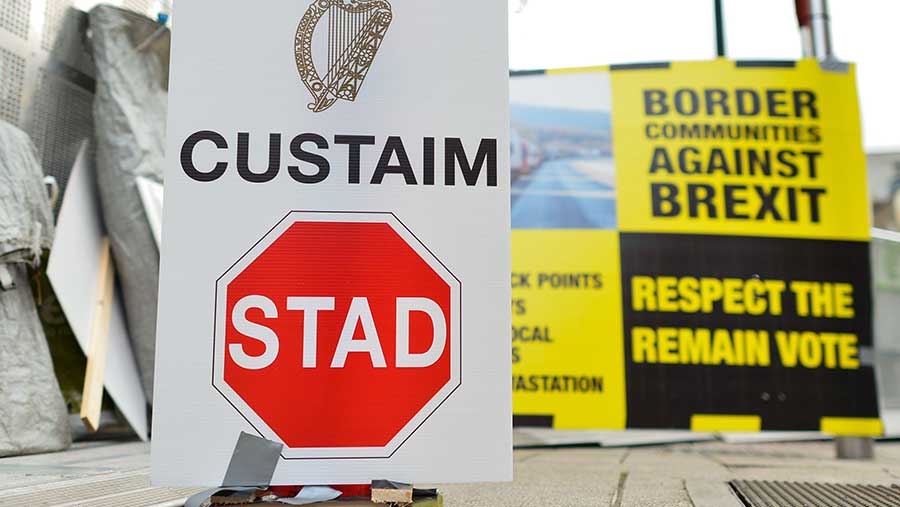 The EU’s top Brexit negotiator, Michel Barnier, has pledged to work to avoid a “hard border” between Northern and Southern Ireland, but insists some form of customs control will be necessary as Brexit negotiations develop.

Addressing the Irish parliament in Dublin on Thursday (11 May), he acknowledged Ireland was in a “unique position”, being heavily dependent on trade with the UK and being the only part of the EU to share a physical border.

“With the fall in sterling, Brexit is already having an impact on the value of Irish exports to the UK – in particular in the agri-food sector,” he said.

Mr Barnier said the EU wants negotiations with the UK to succeed, including a “bold and ambitious, but fair, free-trade agreement”.

But he also noted that customs controls were part of EU border management to protect the single market and food safety standards.

“Brexit changes the external border of the EU, but I will work with you to avoid a hard border,” he said.

The comments will have been welcomed by food and farming representatives on both sides of the Irish border.

And a quarter of all Northern Irish milk is sent to the South for processing, while more than half of all Irish beef and cheese comes to the UK.

Any reintroduction of tariff or regulatory barriers with the UK post Brexit would be detrimental to prices and employment in the agri-food sector.

The Irish Dairy Industries Association has warned that, if no free-trade deal is achieved, then a default to World Trade Organization trade terms would see tariffs set at a punitive €1,671/t for cheddar cheese, amounting to an additional €130m/year in costs for Irish exporting companies.

“Supply chains between Ireland and the UK are deeply integrated,” it said in a recent statement.

“The imposition of a hard border would fracture the milk pool here, and would cause untold problems for our hard-fought international reputation as a global leader in this sector.”

The EU Commission has invited the Irish government to submit its ideas on how the movement of people and goods across the border could be facilitated.

This is likely to include computerised record-keeping, to ensure standards are respected, but without the need for border posts and physical inspections.