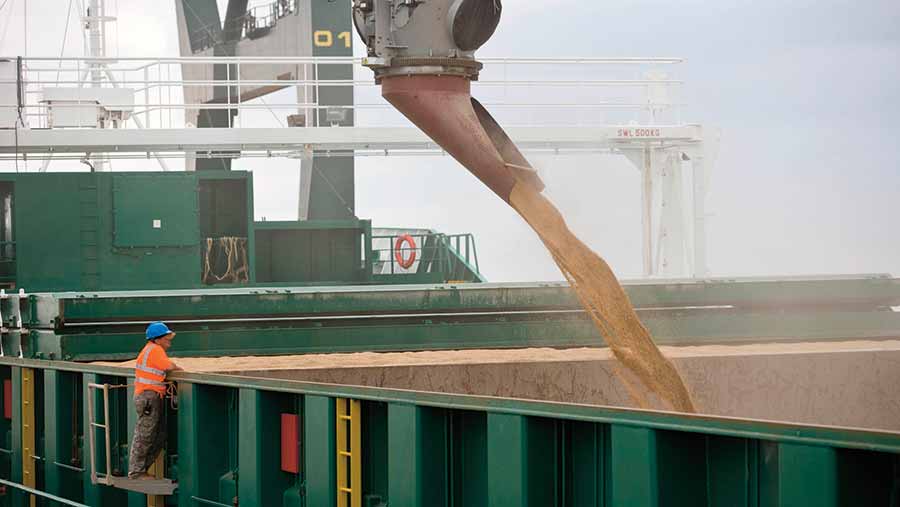 Trade negotiators must consult with the farming industry before any offers are exchanged, to ensure agriculture is not being side-lined, the NFU has demanded in a new analysis on Brexit.

Launching A New Outlook on International Trade, the NFU has called for “a razor-sharp political focus” on markets at home and abroad for the UK’s £13.8bn worth of food and drink exports.

NFU president Meurig Raymond said: “In just over two weeks, government will begin the formal negotiations for the UK exiting the EU, and potential trade deals will become a focal point in these talks.

“It is vital that the government leading these talks is very clear on what success looks like for British food and farming.

“Achieving the right trade deal will be pivotal to many farming businesses and the country’s ability to produce food.”

In particular, the aim must be to secure continued access to the EU single market with minimal tariff and non-tariff barriers, and without costly and disruptive customs checks, said the NFU.

At the same time, the UK will need to seek to secure the benefits it currently enjoys from existing preferential trade deals the EU has with other countries.

“Only once the terms of the UK’s future trading relations with the EU and other existing preferential trading partners are clear should the UK begin to engage in formal trade negotiations with third countries,” the report said.

Any new deals with non-EU countries must be based on detailed economic assessments “so government has a clear view of the sensitivities of putative trade deals”. And there must be full consultation with the food and farming industry before offers are exchanged, it adds.

The NFU’s paper has been published in the same week that new figures reveal a surge in food and drink exports in the first quarter of 2017, up 8.3% on the same period last year to £4.9bn, driven in part by the weakness of sterling.

Ireland, France and the US are the top three destinations in terms of value, but the three markets showing the fastest growth were South Korea, Belgium and South Africa.

Beer was the key driver in export growth to South Korea, while wheat and barley were behind the rise in Belgian exports, and animal feed boosted those to South Africa.

However, the weak pound has also led to an increase in the cost of imported raw materials, said the Food and Drink Federation, and this has resulted in the UK’s food and drink trade deficit increasing by 19% to -£6.2bn.