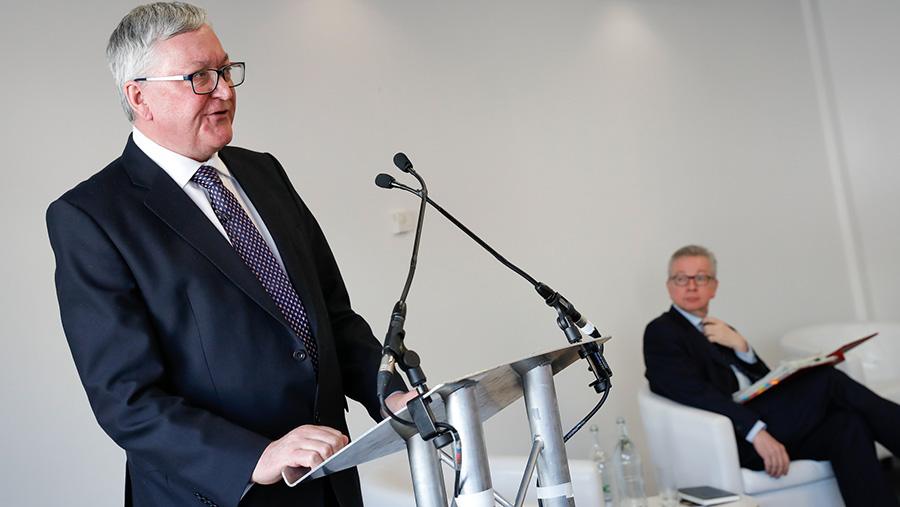 The UK government’s handling of the Brexit negotiations and its refusal to take the “no-deal” option off the table is both “feckless and reckless” – and will cause substantial damage to the rural economy.

That was the message given by Scotland’s rural economy secretary, Fergus Ewing, to Defra secretary Michael Gove during a debate on future farm policy in Edinburgh this week.

See also: Read all out Brexit coverage in one place

Mr Ewing also raised industry concerns that while a promise to maintain spending on farm support until 2022 had been given, there had been no official confirmation that this would extend to other Pillar 2 payments – such as forestry grants, environmental schemes and the LEADER programme – which he said were worth an estimated £120m/year. He called for this to be put in writing.

He also asked for confirmation that promises made during the EU referendum campaign, that the farm support budget would at least match that paid to European farmers on an on-going basis, would be honoured.

But Mr Gove argued that UK farmers would “probably do better” than their counterparts in the EU.

Mr Gove was unwilling to reveal details of a plan to help sectors of the industry hard hit in the event of a no-deal outcome – including the UK sheep industry – which is currently under discussion.

Mr Ewing highlighted estimates made by farm minister George Eustice that it could cost up to £300m to offer short-term support, but questioned if any compensation scheme would be able to undo the damage caused by a no deal, both financially and to producers’ mental health.

He also asked Mr Gove to investigate rumours of a proposed “sweetheart” trade deal with New Zealand, which would allow more lamb into the country – claiming that such a move would “put the kybosh” on the Scottish hill farming industry.