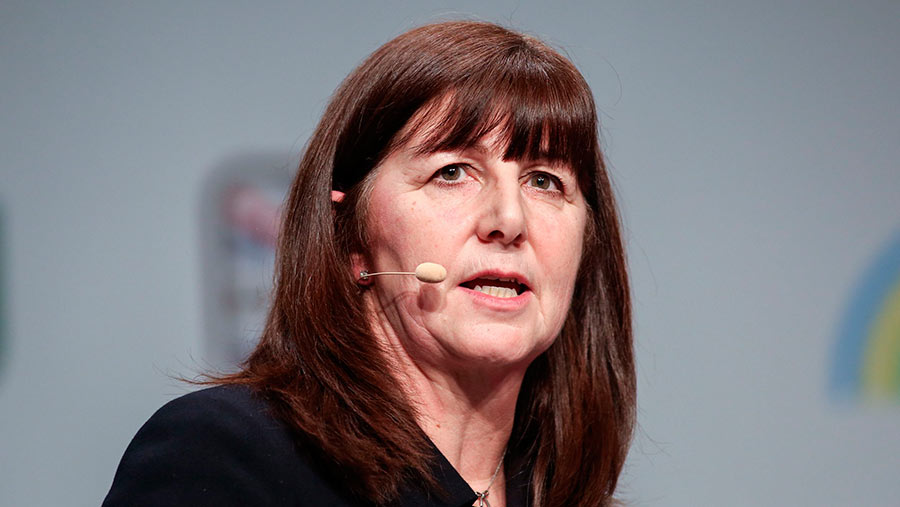 The Welsh government has taken an unprecedented step by writing to every farmer in Wales to defend its post-Brexit payment reforms.

It comes after a summer campaign by the Farmers’ Union of Wales (FUW) urging its members to reject the proposals and demand the retention of the Basic Payments Scheme (BPS).

The union suggests that ending BPS risks “financial hardships and the loss of farms and rural businesses”.

But in direct reaction, Wales’ rural affairs secretary, Lesley Griffiths, has written an open letter to farmers setting out why she believes maintaining the status quo after the UK leaves the European Union would not work for Wales.

Farmers will today (Friday, 7 September) also receive a factsheet in which the government seeks to explode what it labels as “myths” being perpetuated about its reform proposals.

It is thought to be the first time the government has intervened part-way through any consultation.

The government believes the industry in Wales needs to respond to the challenge posed by Brexit by improving productivity, reducing costs and diversifying.

Its current consultation, set out in its Brexit and Our Land document, proposes a two-tier system:

Ms Griffiths described the FUW campaign as “misleading” and argued that keeping the current system would leave Welsh farmers worse off.

Brexit means that the government must do things differently, the minister insisted, and that included abolishing direct subsidies from 2025, while focusing more on efficiency improvements.

But the FUW has reacted angrily to the letter and the accusations that is has been misleading farmers.

“I find it utterly bizarre that the government is singling out a single organisation because we are saying something that it does not agree with during the course of an open consultation,” said FUW policy director Nick Fenwick.

“It is a bit like Donald Trump screaming ‘fake news’ whenever anybody says something he disagrees with. This amounts to an appalling interference during a consultation process.”

The FUW campaign maintains it is foolish to move forward with a new policy until there is greater clarity on what the economic landscape will look like post Brexit and until there has been a detailed assessment.

It is also demanding a retention of direct payments, at least in the medium term, to enable Welsh farmers to compete with their counterparts in the EU, who will continue receiving such support from Brussels.

But according to Ms Griffiths “there is no debate on whether we should support farmers”.

“We will continue to protect the funding. But we need to provide support in a different way to keep farmers on the land,” she said.

“Business as usual” was not an option, she added. “We need farmers to engage properly with us to help make this work, so the recent misleading FUW campaign is not helpful.”

The FUW said it was writing to Ms Griffiths to demand greater clarity on exactly where she felt it was being misleading.

Myth: There will be an uneven playing field with our nearest competitors.

Fact: Maintaining the Basic Payment Scheme does not help us compete because it does nothing to improve farm performance. There is nothing in the system to reward farmers for performance or outcomes. Payments are devoid of incentives.

Fact: The Public Goods Scheme will go beyond “income foregone and costs incurred” and pay a meaningful income stream. For some, public goods payments will form a large proportion of future income. Every farm has public goods potential.

Myth: The Public Goods Scheme will not pay for public goods that already exist on farms.

Fact: We need to increase farming productivity – in other words, increase the margin a farmer makes per unit of production. Investment, not income support, is the only way we can deliver a significant increase in productivity.