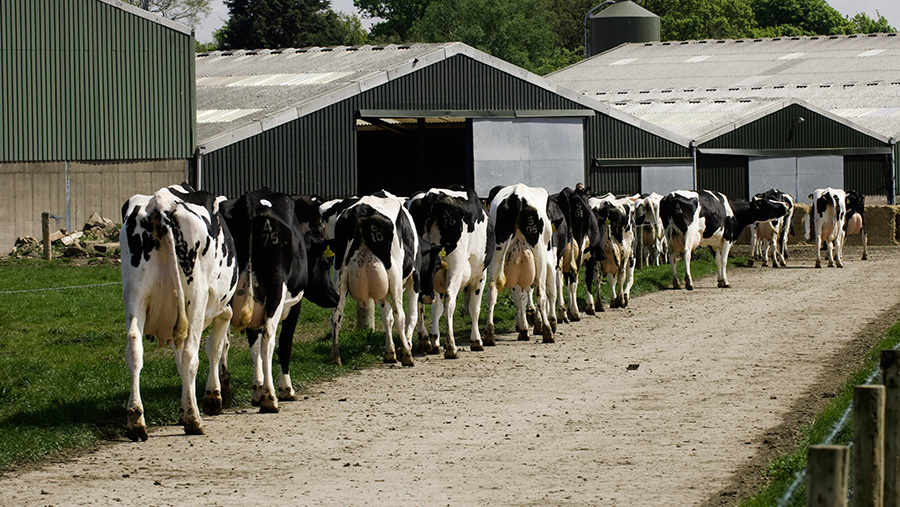 Many EU member states have not yet made full use of existing measures to help the struggling dairy sector.

According to agriculture commissioner Phil Hogan, only 50% of the €420m (£336m) top-up payments approved last September had been spent so far.

The UK had spent its full allocation, but it had failed to get the full Basic Payment out quickly, and had not made use of other EU measures.

“Although prices are low, milk production is up by 5%: I would ask farmers to look again at moderating supply.”

“I’d like to see every member state participate in 2016 – I think it would be very effective: Short-term pain for long-term gain.”

However, speaking at the show this week, Defra secretary Liz Truss said she hadn’t discussed such measures with the EU.

“The issue we face is lack of processing capacity, and I don’t want to lose capacity in the UK,” she said.

Demand for dairy products in third countries such as China was increasing, and she was working with the EU Investment Bank to seek financing for projects to add value to UK milk.

Mr Hogan had also been travelling the world to open up new markets, and said EU dairy exports were up by 13% in the first quarter of the year.

“However, that will take time to translate into money in the pockets of farmers.”

Offering his assistance in overcoming the logistics of getting EU money to farmers, Mr Hogan also urged the government to roll out rural development funding as quickly as possible.

“There are a huge number of high-quality projects creating jobs beyond the farm gate,” he said.

There were also opportunities for the government to use rural development funding for loan guarantees through local banks, which could be ring-fenced for restructuring dairy farmers or new entrants, for example.

The commission was also looking at allowing up to 70% early payments of the Basic Payment from October this year, he added.

“The authorities should continue to invest in the IT system to ensure it’s up to date so they can pay earlier.”

However, Ms Truss would not confirm whether Defra would make use of the early payment window.

“I do want to get the payments out as early as possible and want to talk to (RPA chief executive) Mark Grimshaw about that,” she said. The process for 2016 was going smoothly, with 85,000 applications now in.