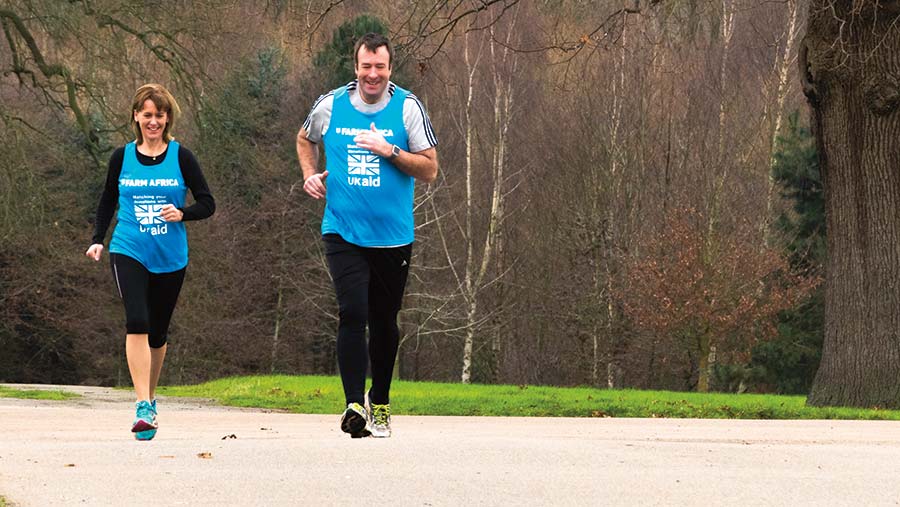 NFU president Minette Batters has been inundated with messages of support after a newspaper column criticised her running the London Marathon for Farm Africa.

Ms Batters was among a five-strong NFU team who ran the marathon for Farm Africa last month – raising more than £17,000 for some of the world’s poorest farmers.

See also: Farm Africa – a charity worth running for

However, her charity run was criticised in an article by Farmers For Action chairman David Handley, who suggested she should have raised money for farmers closer to home.

Writing in the Western Daily Press, Mr Handley said time-pressed farmers were often so busy they frequently overlooked the need to look after themselves properly.

Explaining how he once put off going to the doctor only to later discover he had type 2 diabetes, Mr Handley said he had been brought up “somewhat short” by the episode.

“Support organisations are working overtime to help hundreds of farmers caught up in conditions like mine,” he said, outlining his intention to be functioning normally soon.

“I suggest this would have been a far worthier issue for the NFU president to have dedicated her London Marathon appearance to, rather than the business of sending yet more aid to Africa.”

Ms Batters told Farmers Weekly she was saddened by Mr Handley’s comment. She added: “To say I’m sickened is an understatement.

“My son very nearly died of type 1 diabetes – very different to type 2, which is lifestyle.

“I have also run in two marathons to raise money for the Junior Diabetic Research Foundation – raising nearly £30,000.”

“His accusation is truly disgusting and offensive.”

Other farmers voiced their support for Ms Batters – praising her charity work and urging her to shake off Mr Handley’s comments.

I’ve not read it, and don’t intend to. I’d rise above it, what you did was commendable. I have first hand experience of seeing the poverty and challenges for people living and farming in Africa… well done, you’ve got my support.

Pity folk can’t recognise good deeds for what they’re generally meant for ? perhaps he could join you next time ?

We are so privileged to be in a society that supports us when farming doesn’t go to plan. @FarmAfrica is such a brilliant charity empowering farmers that don’t have that help. I think you should run for who every you want!