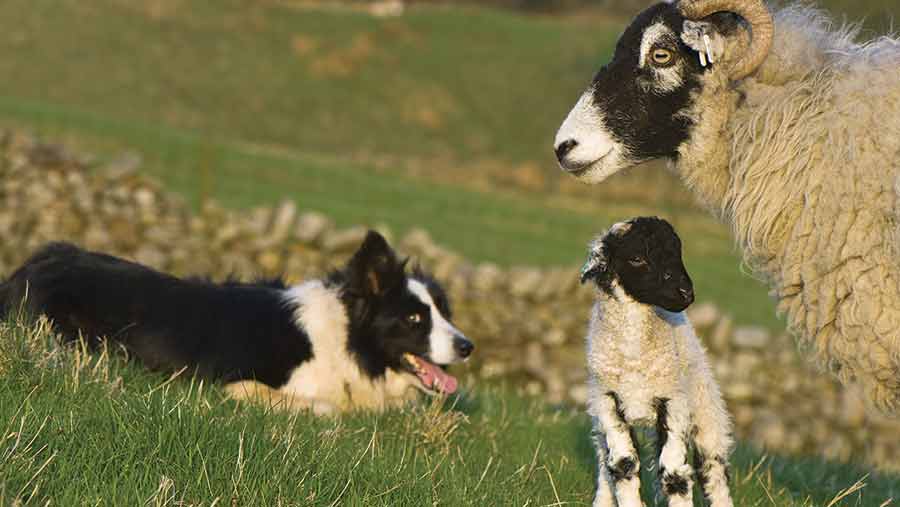 A new EU directive is set to limit the amount of “work” done by farm animals, Farmers Weekly has learned.

The plan, currently being prepared by Defra, would relate to species such as cattle, sheep, pigs, horses, goats and dogs.

Horses could be covered, with guidance on how long they can be ridden for, plus the maximum weight of the person riding them.

The distance sheepdogs are allowed to run and the size of flocks they’re allowed to work with could also be regulated.

Farmers’ leaders have criticised the move, saying that while they fully support animal welfare, this is a “step too far”, with those breaking the rules potentially subject to fines up to £1,000 or even jail.

They’re not covered by the legislation, but what if my goose hisses at someone? Does that technically make it a guard goose, in which case it will be? Farmer

Defra is believed to be considering running “awareness courses” for those who fall foul of the new laws, modelled on those offered to speeding motorists, at which attendees will be given an insight into the “multiple pressures contemporary farm animals face”.

Chickens and ducks are mentioned in the consultation, but farm cats are to be exempted as mousing and ratting are considered “leisure activities”.

The proposal comes after claims that livestock has been left “knackered” following prolonged encounters with multiple partners.

“Aside from the ethics of promiscuity, it’s just not fair on them,” a Defra source said. “How would you feel if you had to do that all day?”

The suggestion that sheepdogs could have pedometers fitted to their collars to track their mileage, akin to the tachographs used in the haulage industry, has sparked particular criticism.

Opponents have also pointed to wider inconsistencies. “Take geese,” one farmer who asked not to be named, told Farmers Weekly. “They’re not covered by the legislation, but what if my goose hisses at someone? Does that technically make it a guard goose, in which case it will be?”

Meanwhile, there are fears that the statute could be widened to include the flying distances of birds of prey and the work of ferrets.

A spokesperson for the newly formed group, Ferret Owners Oppose Legislation (Fool), said: “This is bureaucracy gone mad. I won’t even be able to put a ferret down my trousers without some pen-pusher wanting to get their hands on it next.”