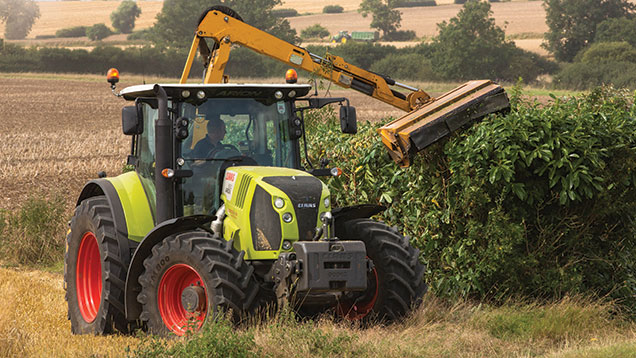 A swathe of rules comes into force this year. Caroline Stocks takes a look at some of the areas where farmers and growers could be caught out.

One of the biggest issues facing tenant farmers is on  clauses within tenancy agreements relating to entitlements, according to Tenant Farmers Association (TFA) chief executive George Dunn.

“We have lots of agreements that are about to come to an end, which include clauses stipulating what happens to entitlements. Some of them can force a tenant to give up the entitlement,” he says.

Tenants with agreements coming to an end should look at clauses relating to entitlements to make sure they can take control.

“If there’s a new tenancy agreement a landlord may take that opportunity to try to capitalise on the entitlement that a tenant will get,” he adds.

“Tenants must look at clauses to make sure they are protected from having to give up their entitlement. Agreements are often difficult to read and can be complicated, so they must take advice if they are at all unsure.”

2. Check your grassland thresholds every year

Many mixed farms could find themselves on the threshold of needing to comply with the three-crop rule if they produce feed for their animals, warns Charlotte Rogerson, chartered surveyor at Berry’s solicitors.

“Dairy farmers with a lot of temporary grass or permanent pasture are exempt from the rule, but it does restrict their arable rotations,” she says.

“They need to manage their arable and grazing area carefully to ensure they are under the threshold.”

When looking at crops in September and October, and when deciding on crops for the next year, farmers have to make sure their leys aren’t bringing them under exemption, she adds.

“Unless growers stop arable production completely then it’s an annual monitoring process to ensure they are under the exemption.”

3. Be clear of your boundaries

“If both sides of a hedge are under one ownership it is OK, but if it’s a boundary or separates two ownerships, farmers need to be clear about who is claiming it because they might only be able to claim half.

Before a farm uses a hedge for a focus area, it is important to double-check that it can be used under the EFA rules, Mr Dunn adds.

“We would also encourage people to apply early as there will be a big change in the way the system operates.”

It will only qualify if it is growing on or adjacent to arable land, for example.

“The three-crop rule seems to be thought about with large arable farmers in mind, but it is causing problems for smaller farms where it is just not practical for their farming system,” says Ms Rogerson.

“If a small farm business has just a single 100-acre field it will be forced into complying with the greening regulations and find a way to introduce three crops. It makes things very difficult to manage.”

Ms Rogerson says potential ways to ease the problem for small farms include looking for wet areas of the field to put down to grass or as fallow.

“Farmers then have that for four years until it has to be moved around to make sure that temporary grass doesn’t turn into permanent pasture.”

5. Check your crops will pass inspection

Growing certain types of crops could trip up some arable farmers with regards to the three-crop rule, says Julie Robinson of Roythornes solicitors.

“The inspection period is 1 May to 30 June and the difficulty for vining pea growers is they might not have crops in the ground by then,” she says.

“Growers just need to know that they are taking a risk by relying on that crop as their crop diversification when the inspector might not see the crop.

“However, if crops are harvested before 30 June and there is evidence of stubble when the inspector visits it’s fine,” she adds.

Detail around cross-compliance released at the end of 2014 means some farmers could face issues with their buffer strips, warns Ms Rogerson.

“Cross-compliance says there must be 1m between an arable crop and a watercourse, which in theory should create an instant EFA,” she says.

From a farmer perspective they usually have a field margin under Entry Level Stewardship or Constructed Farm Wetlands and that strip is fallow, which is fine.”

But she says the new detail means inspectors need to be able to easily identify the buffer strip and the field margin.

There has to be a “visually distinguishable” line differing the field strip from the buffer, according to Defra.

This could be achieved by:

Delays in getting people registered on the new online system will push things close to the 15 May deadline for BPS applications, says Ms Rogerson.

It is vital to leave enough time to find the information needed and seek professional help.

“Defra has said it is sending out registration packs, which will be useful if that gives us a good amount of detail, but we still don’t know what information it needs to register a person online,” she says.

“We have no idea how long information will take to gather.”

While the benefit of the online system is everything can be done instantly, for those who have limited broadband, having a tight deadline could be challenging.

“My advice is to look for support now. If farmers are going to need help from agents, they should make sure that they are going to be able to call on that help when needed.”

8. Check you are definitely an ‘active farmer’

Being defined as an active farmer relies on having land that is in predominantly agricultural use.

But for some farmers – such as those on large, mixed estates – their operations could make them fall foul of this rule, explains Ms Robinson.

“We have a few clients who have a permanent recreation ground of some sort, such as a football pitch with permanent seating.

“Having this type of land use doesn’t mean they are out of the system, but they need to make sure they can fit back in and show that agriculture is a principle objective of the farming business.

“The process is very paper-heavy and will need to be checked through each year.

“I believe some people will get caught out and risk losing their entitlement.

“It’s very important to check the rules,” she adds.

“This is the first year of the scheme and if farmers don’t check all entitlements are eligible they will lose them.”

9. Make sure your entities match up

Registering for the new system is the perfect opportunity to ensure all business details are correct, says Ms Robinson.

“When farmers are registering a business and putting in details of the claim, they need to make sure they are submitting it in the right entity.

“This is a chance to pull all the loose strings together from the past few years. For example, if a farmer is in a partnership and someone has died, they might need to register as a sole partnership. If they don’t, they could be caught out and risk being fined or losing entitlements.”

10. Don’t get tripped up by the changes

Even if farmers think they meet all of the requirements, they need to be double-checked to avoid losing money unnecessarily, says Ms Rogerson.

“This is an entirely new system with different requirements,” she says. “I have had farmers who think they meet the EFA requirements because they have 10ha of beans, where in fact the equivalent hectarage of nitrogen-fixing crops isn’t equal to 10ha.

“If only for their peace of mind to make sure farmers are adhering to rules, it’s worth their while doing another check.”

Doing a risk assessment across the business will help identify any pitfalls, Ms Robinson adds.

“A risk assessment will identify what crops are at risk or what isn’t in eligible agricultural use.”