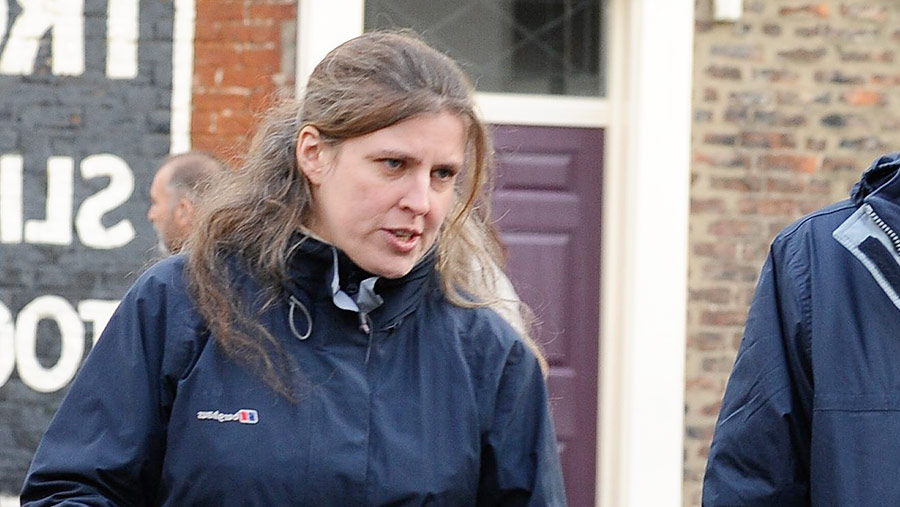 The appointment of a new shadow Defra secretary, Rachael Maskell MP, was announced yesterday, after Kerry McCarthy stepped down.

So what do we know about the MP for York Central?

We know she was until recently shadow minister for defence, was a care worker and physiotherapist in the NHS and is a keen cyclist.

But what do we know of her views on the countryside and farming?

While she’s been vigorous in her constituency on issues such as education, workers’ rights and mental health, she’s said very little on farming matters.

We’ve checked out her blog to see where she stands on some important countryside issues and her views on the EU referendum outcome.

On the badger cull

“The extension of the cull to Dorset is inhumane, ineffective and unscientific, and shows complete disregard for evidence.

“Bovine TB is a real concern, and does have a devastating impact on farming communities and cattle.

“Therefore an alternative solution must be adopted by the Government, which could include a vaccination programmes. I am strongly against the slaughter of badgers and oppose all aspects of the cull.”

“Rachael is against proposed plans to temporary lift a ban on bee-harming pesticides.

“The ban was voted for by European governments in 2013 after numerous scientific studies found that certain pesticides (neonicotinoids) were particularly harmful to bees. Since then even more studies have supported the need for this ban.

“Bees play an important role in the UK crop production, for instance, 85% of the UK’s apple crops and 45% of our strawberry crop relies on bees to grow.”

“I am totally opposed to cruelty of any kind and have always spoken out against hunting and blood sports.

“I am glad that the government has recognised they were not acting in the interests of British people who are overwhelmingly opposed to hunting with dogs.

“I am grateful to everyone who has taken the time to contact their MPs to show their opposition and encourage them to speak out against these cruel outdated proposals.”

On fracking and energy

“People from right across York Central have said ‘no’ to fracking and I back them in this. Our planet is in such a fragile state, and unless we lead the renewable revolution, energy prices will remain high and our planet will day by day be destroyed.

“I believe that the Government must bring an urgent halt to their proposals around fracking and pursue a sustainable energy policy.”

On the referendum result

“We are now plunged into a time of uncertainty and instability. David Cameron who irresponsibly led us into this situation is leaving the sinking ship, and whilst he will be fine, whatever he does, many in our communities will not.

“George Osborne has already called out the need for an emergency budget, and the Tories have been handed another excuse to deliver a programme of cuts and restraint, but only this time, without the protections that the EU provides, like workers’ rights.

“I will now be working tirelessly in Parliament to limit any negative effect that withdrawal from the European Union could have in our community and to heal the serious divides that are growing in society.”