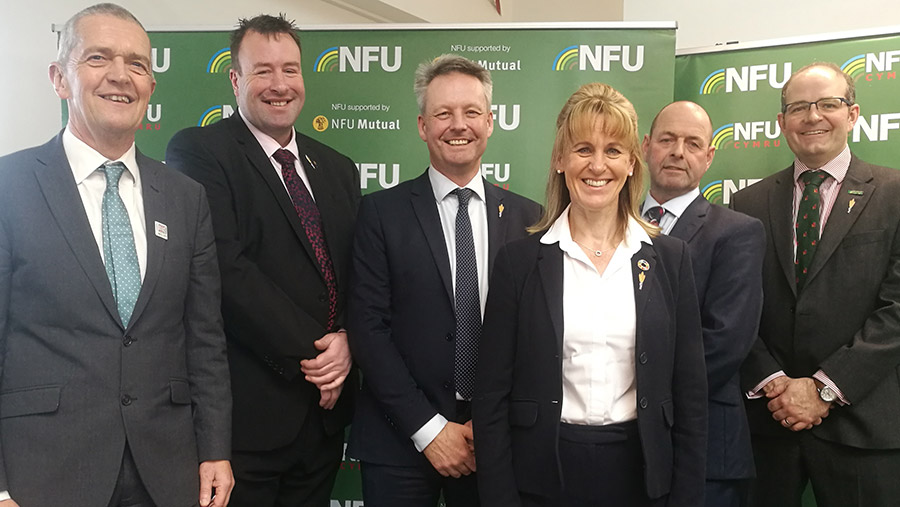 A battle looms over who will support NFU president Minette Batters as she strives to secure a good deal for Britain’s farmers outside the EU.

Mrs Batters, the union’s first female president, is set to be re-elected unopposed in the NFU’s leadership elections next month.

But the roles of NFU deputy and vice-president are being contested by five candidates.

Current deputy president Guy Smith faces a challenge to keep his job from vice-president Stuart Roberts, who is himself being challenged by three farmers who are seeking election to the NFU top table.

Whoever wins will be tasked with making the case for British agriculture over the next two years – a period of seismic change for the industry as the country will exit the EU and the government will introduce the first domestic agricultural policy in more than 70 years.

All candidates tour the regions, each giving three-minute presentations, followed by seven minutes of questions from NFU members.

At the first hustings at the RHS Garden Wisley, in Surrey, Mr Smith called for the same team to be re-elected.

“On Brexit, I think we’re halfway through and I think it makes sense to return the same team of officeholders as we have now to get the job done.”

He said he was proud to work under Mrs Batters as her deputy and had worked very well with Mr Roberts, who had done “a great job” as vice-president.

If he were re-elected as deputy, Mr Smith said he would lobby the government on future agri-environment schemes to ensure they are “designed with working farmers in mind” and tested rigorously, adding: “They must be deliverable.”

Trade, access to labour and climate change were “very important”.

But Mr Smith also promised to work hard on the everyday issues that affect members, such as fly-tipping, rural crime and a lack of broadband access.

Mr Roberts, who is standing for deputy and vice-president, said strong leadership was needed to turn the challenges agriculture faces into opportunities.

“Every single survey shows that we are trusted, supported and believed more than any other profession,” he said.

“But we must use every opportunity to turn this passive support into an army of advocates.”

Mr Roberts said the NFU must “fly the flag for the nutrition, provenance and quality” of British food.

“We cannot allow politicians to sacrifice our standards or retailers and processors to undermine our supply chains,” he said.

“If we do, every farmer, and huge parts of the rural community, will lose out.”

Michael Oakes, chairman of the NFU National Dairy Board for the past four years, said he would bring more of a livestock focus to the NFU’s top table if he were elected as vice-president.

First generation tenant farmer David Exwood said livestock farmers had been under fire and the NFU needed to tell the positive story of farming, which is why he started the #farmingcares social media campaign.

Tom Bradshaw said climate change is “the biggest challenge of our time”, but to achieve net zero carbon emissions, farmers would require investment in research and development and a fully functional carbon trading scheme.

Farmer reaction from the floor 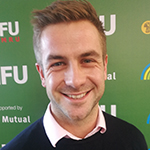 “I’m really interested to know how the NFU’s plans for net zero carbon emissions by 2040 will be rolled out to young farmers.

“We’re going to have to educate every farmer. It relies on everyone getting on board.” 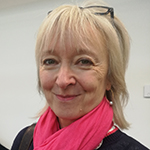 “There is so much negativity in the media about farming.

“Minette Batters has been great and engaging. It’s important we are not isolated.” 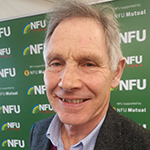 “Minette Batters has done an excellent job. She has widespread industry approval.

“Brexit is a once-in-a-lifetime opportunity to shape the future of our industry.”