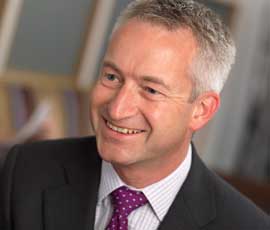 Proposals for Common Agricultural Policy reform will put pressure on land occupation and transactions, according to agribusiness consultants Bidwells.

Details of the CAP reform proposals were revealed by the EU Commission on Wednesday 12 October and potential implications are beginning to emerge.

“These proposals have significant implications for how UK farming businesses will operate,” said Jonathan Armitage, Bidwells head of farm management.

In practical terms the requirement within the plans to have three crops in rotation, has obvious potential consequences for those arable growers currently concentrating on wheat and rape, Mr Armitage said.

“The other very important aspect of this reform is that an entirely new allocation of payment entitlements is proposed, based on declarations made in 2014.

“This means that rent reviews or land transactions currently being negotiated will be influenced by the uncertainty of looming reform. This is what happened in the run-up to the 2005 reforms, putting great strain on landlord and tenant relationships in that period,” he told Farmers Weekly.

“There are many farm businesses which have developed by combining forces or restructuring to take advantages of economies of scale. Collectively these employ large numbers of staff although the individual [single farm payment] recipient may not employ them directly.

“This means that some large farming businesses may find they suffer from capping of payments despite maintaining rural employment. “The detailed implementation of this regulation will need to be carefully defined at member state level,” said Mr Armitage.

He also warned of discriminations in capping across differing business structures.

For example, individuals farming through a limited company structure may be able to offset directors’ salaries against single payment capping – whereas this option may not be available in the same way to partnerships or sole traders, Mr Armitage said.

• For full coverage of the CAP reform proposals visit our special report.

Join the debate on CAP reform on our forums.