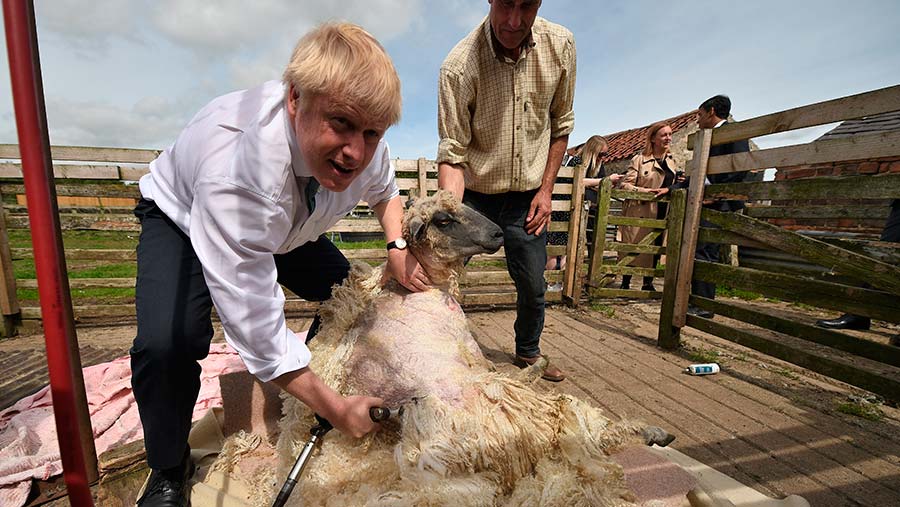 Tory leadership candidate Boris Johnson has sought to woo rural voters by shearing a sheep on a Yorkshire farm.

Mr Johnson visited Nosterfield Farm near Ripon in North Yorkshire on Thursday (4 July) ahead of the latest round of leadership hustings in York.

The next Tory leader will be chosen by 160,000 Conservative party members, with the winner due to be announced on 23 July.

Better known for his trademark mop of unruly blonde hair than for his shearing ability, Mr Johnson didn’t seem fully at ease – sniffing his hands afterwards.

Fellow Tory leadership hopeful Jeremy Hunt travelled back to his old school, Charterhouse, in Surrey, before a tour of Guildford on Thursday.

Mr Hunt, who has pledged a £6bn “war chest” to farmers, fisheries and small businesses, told Surrey Live: “I want farmers in Surrey and across the country to know that I will be there for them to help them adjust.”

Earlier, he and leadership rival Jeremy Hunt set out their views on rural issues, in response to a series of questions from the Countryside Alliance.

He also said he would ensure that laws on wildlife management and animal welfare were based on “facts rather than emotion”. 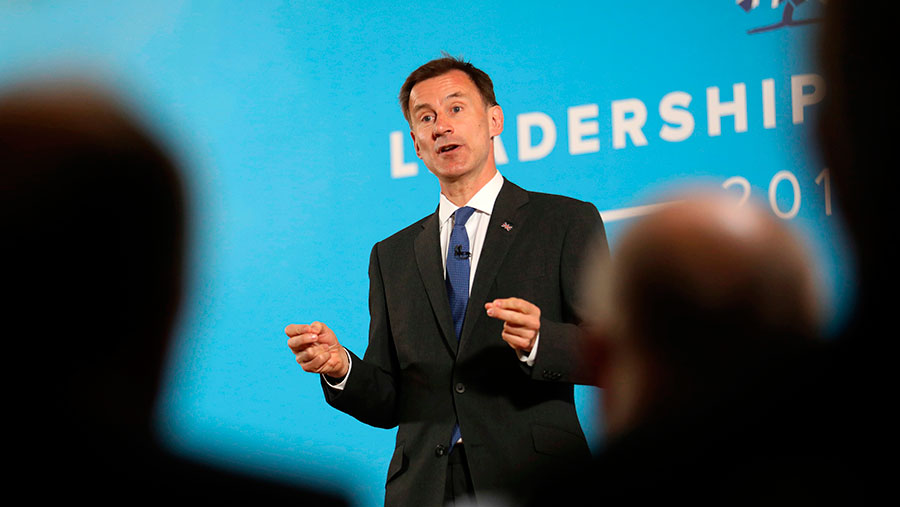 Mr Hunt pledged to fast track the delivery of a full fibre broadband network and said all legislation under his government “would be based on principle and evidence”.

“The next prime minister will be responsible for making Brexit work for the countryside and have the final say on major new policies on agriculture, fishing and the environment.”

Mr Bonner added: “It is the vital that whoever becomes prime minister puts rural issues at the heart of their government.”