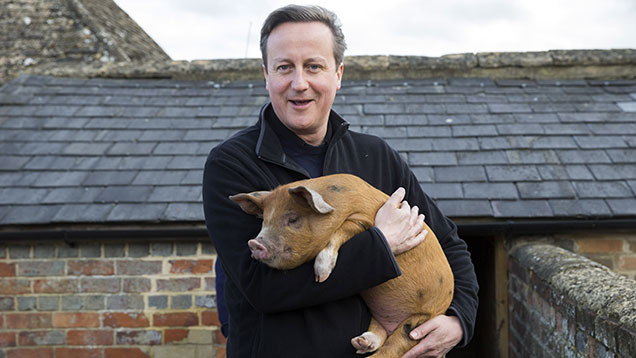 A Conservative government will deliver for British food and farmers, David Cameron has told Farmers Weekly.

In an exclusive Q&A, the prime minister said getting more people around the world to buy British was one of his “proudest achievements” while in government.

British farmers and producers were now operating in 600 more markets than they were in 2010, said Mr Cameron.

“I want to continue putting this industry at the heart of our long-term economic plan for Britain – so that we produce more, we sell more and we generate more jobs and growth for our country.”

It was important the groceries code adjudicator (GCA) ensured farmers and food producers got a fair deal when dealing with big retailers, he said.

“It is time to look at whether there are ways to extend the remit of the GCA and beef up its powers so it can do more to protect the interests of farmers.”

A Tory government would continue to press ahead with a comprehensive strategy to eradicate bovine TB by 2038, said the prime minister.

Badger culling was a key part of the strategy, said Mr Cameron, although he did not commit to rolling out culling this year beyond pilot zones in Gloucestershire and Somerset.

But he added: “I am clear that we will do whatever it takes to tackle this devastating disease.”

Mr Cameron said he was also “proud of this government’s record” in cutting red tape, saying the coalition slashed the volume of guidance from Defra and its agencies by 80%.

“I want to see our farmers farming not form-filling, and I’m sure most farmers would agree we’re making progress,” he said.

“I believe in common sense: if farmers have been shown to stick by the rules, if they have exemplary inspections, then they have earned the right to have less red tape.

“It’s called earned recognition, and in the next Parliament we want to go further with it.”