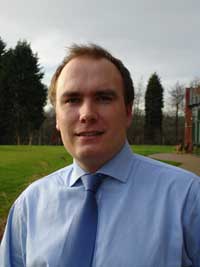 The poultry industry must enter negotiations about the cost sharing implications of the Animal Health Bill “from a clean sheet” according to Robert Newbery, the NFU’s chief poultry advisor.

In particular, the industry should not allow itself to be disadvantaged by current procedures within DEFRA that could inflate the amount of money that producers would be asked to contribute, Mr Newbery told an NFU producers’ conference at Garstang in Lancashire.

The sector should demand a clear undertaking from DEFRA about precisely what it was expected to be paying for, he said.

“It’s essential that we start our negotiations from scratch, and don’t have to pick up the bill for a bunch of high-cost civil servants. DEFRA has admitted that it doesn’t know exactly how much it’s spending on the poultry sector.

“It’s vital that we get clarity on that from the start, because this legislation could have a major financial impact on the poultry industry,” said Mr Newbery.

He told producers that the NFU was totally opposed to the Government’s intention to enforce cost sharing across the livestock sector, and following consultations last year, remained extremely concerned by DEFRA’s “lack of grasp” of the current UK livestock sector.

“As a union we’ve responded to these consultations, but the Animal Health Bill is still only in its draft stage and there’s still time to make strong representations to the Government. The NFU will continue to make its voice heard through the Radcliffe Group, which has been set up to create the government’s policy on cost sharing for animal health in the livestock sector.”

But Mr Newbery also told producers that the NFU was “acutely aware” of other potential risk areas of cost that could be imposed on livestock producers.

“We must make sure we continue to look at threats to the livestock sector further down the line. If the Government finds itself in a real mess, it could switch its attention to areas such as rates concessions in relation to agricultural businesses.

“As an industry we must be prepared and have our case ready, so that we can address any such threats that accuse farming of not paying its way.”

Cumbria egg producer Richard Geldard said the aim of cost sharing was to impose a tax on poultry producers: “It’s a tax on us and we, as producers, will have to cover it in some way. It will inevitably have to be pushed back onto what the consumer pays for poultry products.”

Mr Newbery confirmed that it wasn’t just the NFU that was concerned about DEFRA’s finances – the National Audit Office had already stated Defra did not know precisely how it was spending its money.

Poultry producers at the conference said it was unfair that a “blanket” piece of legislation covering cost sharing in the livestock sector failed to acknowledge the high input in terms of animal health costs that the poultry sector had long been committed to.

One Lancashire producer said there were significant discrepancies in the draft Bill concerning how much each livestock sector would have to contribute.

“In real terms poultry producers are being asked to pay 20 times more than sheep farmers; this is a Bill that has been deliberately designed to divide the UK livestock sector.”

Kynan Massey of Cheshire’s Massey Feeds told the meeting that the demands of the expanding bio-fuels market was bound to have an impact on the supply – and ultimately the price – of UK produced wheat.

“Around 16-17 million tonnes of wheat are produced annually in the UK and there’s currently a market for around 14 million tonnes.

“But we are about to see a new bio-fuel plant at Teesside with an annual requirement of one million tonnes of wheat which will be matched by another bio-fuel plant in Hull to come on stream next January – both are clearly going to mean a marked tightening of supplies of wheat available to feed compounders,” warned Mr Massey.

He told the conference that the animal feed market was increasingly facing a greater volatility – a situation cause by the influence of speculators in addition to the impact of supply and demand.

“In May 2008 we saw the price of wheat reach around £200 a tone. Now its value is around £100 a tone. We’ve got to ask ourselves if there’s a risk that we could run out of wheat as a source of animal feed.

“Normally the year-end world stocks of feed wheat are about 30% of total usage. This year we’re heading towards year end stocks of around 17%.”

NFU to push for Code 4

North-west NFU poultry advisor and egg producer Adam Bedford said that producers could rely on the NFU to make sure everything was being done to avoid the UK egg market being undermined by inadequately labelled imports, following the ban on conventional cages in the EU in 2012.

Mr Bedford told the conference that a letter had been sent to all MEPs, to ensure pressure was being maintained to secure protection for UK egg producers from imports originating from conventional caged systems.

“We must ensure all eggs are clearly identified and must not allow UK egg producers to be disadvantaged. We want a code 4 label for UK eggs to identify them clearly as being produced from enriched colonies, and need to maintain this as a priority issue among our MEPs,” said Mr Bedford.