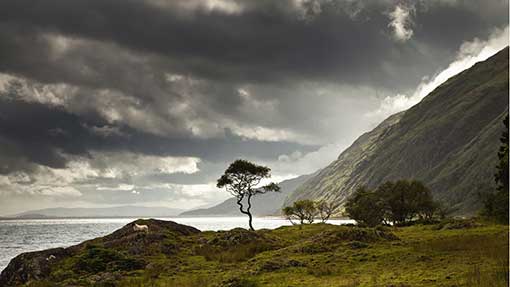 Under the new CAP arrangements, the EU has set a coupled payment rate maximum of 8% for each member state to help those farms in fragile areas. But the Scottish government has argued that, because England did not take up its full allowance, Scotland could offset a higher rate of 13% without breaking the overall 8% limit for the whole of the UK.

Perseverance by the Scottish government and NFUS finally paid off when DEFRA secretary Owen Paterson announced in Edinburgh on 12 May that he agreed with the proposals and said he would be willing to submit a scheme to Europe, allowing Scotland to couple up to 13%.

There have been a number of U-turns on the legality of a Scottish scheme in recent weeks. These caused embarrassment to Commissioner Ciolos, who had to retract a verbal assurance given to negotiators because the UK had chosen to implement separate CAP arrangements in England, Wales, Scotland and Northern Ireland.

Mr Paterson made it clear on 12 May he was taking no chances with future turnarounds and his backing was given with the proviso that any potential fines would be borne by Scotland alone.

Mr Paterson said: “It’s now up to the Scottish government to decide whether to resolve the problem of rough grazing areas via a coupled or area payment scheme. Whichever option is decided on, we agreed the allocation would come entirely from the Scottish budget and that any legal or disallowance cost would be borne by them.”

How to support farmers in the rough grazing region is one of the biggest CAP reform decisions facing Scotland’s rural affairs secretary, Richard Lochhead. He welcomed Mr Paterson’s decision and said he was currently having intense discussions with stakeholders about whether a third payment region or a higher rate of coupled support offered the best option.

“Clearly, if we are to use UK flexibility for a higher rate of coupled support, the scheme will have to be designed so it can only apply in Scotland. The scheme would have to be entirely funded from the Scottish CAP budget.”

NFU Scotland president Nigel Miller has argued that higher coupled payments would offer a lifeline for beef and sheep farmers in the hills, where extra support is needed to maintain production levels.

Speaking after the announcement, he said: “The tools to target support at active producers within our rough grazing regions are now within the grasp of the Scottish government and we would urge that the Cabinet secretary takes full advantage to make the most effective use of our limited Pillar 1 budget by underpinning production.

“This opens up the prospect of different approaches and therefore time must be taken to explore the possible avenues.”