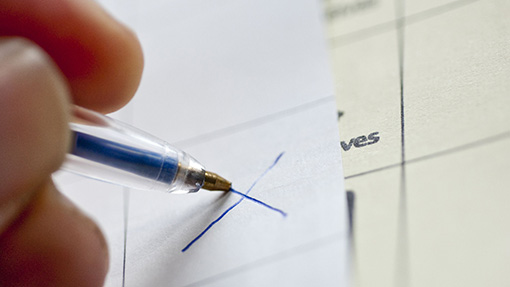 The presidents of four farming unions have issued a joint plea to farmers to vote in the “pivotal” European elections.

Voting is already under way (22 May) and four UK unions – NFU, NFU Cymru, NFU Scotland and the Ulster Farmers Union – have issued statements outlining why it is important for farmers to head to the polling station.

“We cannot allow the wasted opportunity of CAP reform – including the lunacy of the three-crop rule – to happen again,” said Mr Raymond.

“We urgently need this to continue. Securing the right policies with the right MEPs will be vital,” Mr Miller said.

“It’s only a year or two before the CAP midterm review is upon us, and it’s essential we have farmer-friendly MEPs on our side.”

MEPs played a vital role in boosting the farming industry in Wales, according to NFU Cymru president Stephen James. He said Wales looked to its MEPs to help maximise the potential of the farm industry through policies that enabled farmers and growers to thrive.

And Northern Ireland Ulster Farmers’ Union president Ian Marshall added: “Farmers must do all they can to vote in order for the sector to continue to prosper.

“You can be sure that farmers across Europe will be doing their best to get farming allies in parliament. We can’t afford to let that opportunity pass us by.”