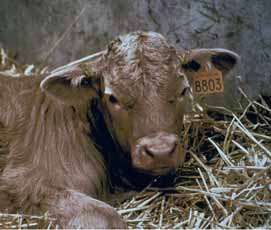 European leaders face last-ditch talks to salvage proposals that could see the offspring of cloned cattle allowed into the food chain.

Member states have just two weeks to find a compromise on rules over the consumption of cloned cattle offspring, after the latest discussions to review EU rules on novel foods collapsed.

The review was launched in 2008 in an effort to find ways for new foods to reach the EU market faster and to encourage the development of food production techniques.

The latest talks failed at 4am on Thursday (17 March) after nine hours of debate failed to see the European Parliament and European Commission agree over clone offspring rules.

Under EU rules, if the members fail to come to an agreement before 30 March the whole proposal would have to be scrapped.

The failure of the review could see the use and development of new foods – including cloning and the use of technologies such as nanotechnology – left in legal limbo.

A final round of talks are scheduled for 28 March, but the European Parliament’s rapporteur on the dossier, Dutch MEP Kartika Liotard, said the House would “not cave in at any price”.

Referring to latest research, which says that only 15% of EU citizens support animal cloning for food, Ms Liotard said the negotiations would only have a positive outcome “if the council moves towards consumers’ expectations on the issue of cloning”.

“If the position of the council and the commission remains exclusively tied to commercial trade interests, parliament won’t accept any deal,” she added.

But the European Council said that it had reasons to reject a ban on food obtained from the naturally-conceived offspring of clones.

It said the EU or countries outside it had systems for tracing the natural offspring of clones in the foodchain.

If restrictions on cloned cattle were put in place, Europe would be forced to reject imports of beef and dairy products from countries such as the US, provoking “retaliatory measures” on EU exports, which could cost millions of euros a year in lost trade.

“Such a ban would also mislead consumers, as there are already non-traceable offspring in the EU and foodstuff derived from them has already entered the food market [mainly via imports of US breeding material],” a European Council statement said.

Current Novel Foods Regulation dates back to May 1997. It does not cover foods developed since then that use nanotechnology, or foods that are consumed outside the EU.

The European Commission adopted a legislative proposal to amend the current Novel Foods Regulation in January 2008. The aim was to allow “safe and innovative foods to reach the EU market faster” and to encourage the development of new types of food production techniques.

The regulation would create a centralised authorisation system to simplify and speed up the process of authorisation for novel foods. The European Food Safety Authority would carry out risk assessments for a novel food application and, if judged safe, the European Commission would then propose its authorisation.

Only novel foods included on the community list after assessment by the EFSA could be placed on the market.