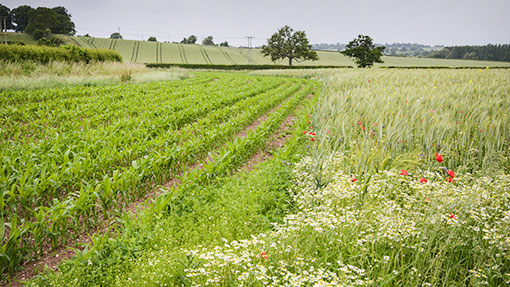 Long-awaited CAP reform details have been delayed by at least another three weeks – making it all but impossible for farmers in England to plan autumn cropping.

Despite repeated requests by industry leaders, DEFRA has yet to reveal how it will implement controversial “greening” rules requiring farmers to grow a range of crops and establish ecological focus areas in return for support. Any details will now remain under wraps until after 22 May. This is because parliamentary convention prevents the government from making announcements that could be seen as giving it a political advantage in the run-up to the European and local elections.

The new rules require farmers with more than 30ha of arable land to grow at least three crops from 1 January 2015. But DEFRA has not yet said when those crops must be in the ground to count towards the requirement – so farmers cannot easily factor the new rule into cropping plans.

Farmland features which will count towards ecological focus areas also remain unknown. Coupled with a new online payments system, farm leaders fear a repeat of the “meltdown” caused by the introduction of the Single Payment Scheme in 2005.

NFU chief economist Phil Bicknell said: “The longer these decisions are delayed, the more challenging it will be for farmers to comply.” It would soon become difficult for farmers to make timely decisions, let alone secure farm inputs, he added.

“It all starts to have consequences. I don’t think we are at the stage yet where we start talking about any delays to implementation. But I do think that we need to stress that any penalties [for farmers who fall foul of the new rules] must be proportionate.”

A DEFRA spokewoman said: “We are aware that farmers need to know about greening and other CAP announcements soon, so policy and ministers are working on making sure we can develop a CAP that works for farmers and taxpayers while staying within the commission’s complex rules.”

She added: “It’s better that we get this right now, rather than rushing it through and making mistakes.”