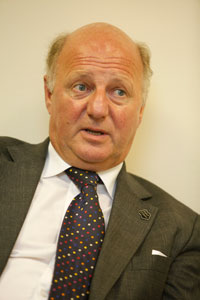 The UK Agriculture Minister announced today he has told the European Commission he doesn’t want to see eggs produced in old cages imported into Britain after the 2012 conventional cage-ban comes into force.

Jim Paice said he has told the European Commission to ensure eggs produced in countries which will fail to meet the 2012 conventional cage-ban deadline are not able to be exported.

“The UK industry has worked hard to convert out of battery cages ahead of the European deadline – so it wouldn’t be fair to them to have to compete with eggs from other European countries that haven’t met the deadline,” Jim Paice MP said during a speech at the Egg and Poultry Industry conference today.

“I’ve told the Commission we won’t want to see any eggs imported from European countries that haven’t complied with the conventional cage ban after 2012.”

Recently industry experts said at a meeting in Brussels that Spain, France and Italy will not be completely compliant with the ban by 1 January 2012, with Portugal also cited as having problems converting its cages.

Earlier this year Poland lobbied unsuccessfully for a derogation to exclude it from the regulations and almost all of its 30 million laying hens are expected to remain in conventional cages after the ban comes into force.

Mr Paice also announced further legislation will be introduced to parliament setting the stocking density for broiler chickens as well as to restrict the use of beak trimming.

“For the first time there will be a legal maximum stocking density for meat chickens, which will provide a good baseline for our already high standards of poultry welfare,” Mr Paice said.

“I’m absolutely committed to banning beak trimming in the long term. But if we ban beak trimming immediately, it would mean worse welfare for laying hens. That’s why I’ve listened to the advice of the Farm Animal Welfare Council to allow infra-red technology to be used in beak trimming as we work towards a total ban in the future.”

The minister said the government will work with the poultry industry and the Beak Trimming Action Group to find alternatives to beak trimming, with a view to banning the practice in 2016.