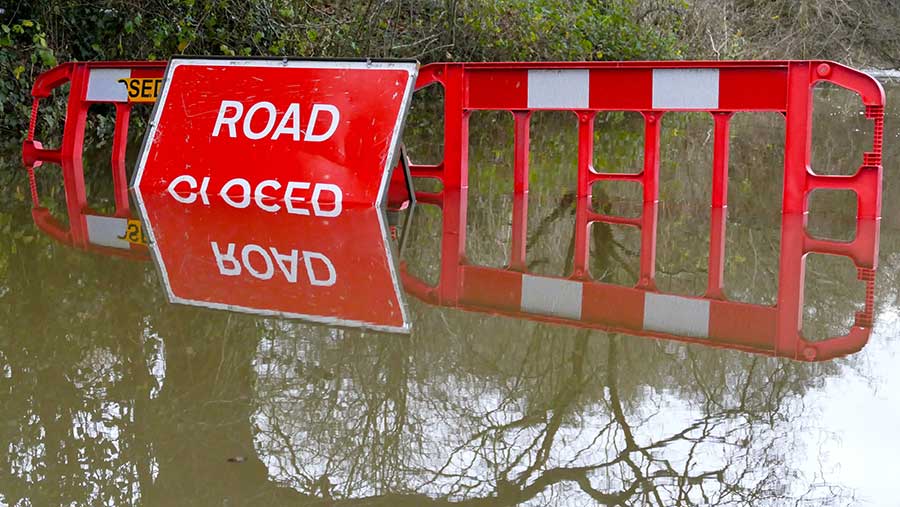 Defra has extended its winter flood recovery fund to cover farmers in Greater Manchester – almost three months after the floods.

A series of powerful storms swept across the UK in December, resulting in hundreds of livestock being swept away, swathes of farmland being inundated and widespread damage to the infrastructure of farm businesses.

Farm minister George Eustice said a small number of farmers in the Greater Manchester area had come forward and declared their businesses were damaged in the December floods.

“These payments to help farmers get back on their feet are part of a wider £200m package of government support set up to help communities affected by the devastating floods in northern England,” added the minister.

Defra has reviewed the situation and decided that farmers in that area who suffered losses as a result of flooding caused by storms Desmond and Eva were now eligible to apply for support grants of up to £20,000.

The grant is available to help with uninsurable losses including removal of gravel and debris from farmland, to reinstate boundaries and gates and recultivate grass and arable land.

Farmers from Greater Manchester have an extended deadline of 15 April to submit an application via the Rural Payments Agency (RPA).

Farm businesses from flood-affected areas in Cumbria, Northumberland, Lancashire, Yorkshire and parts of County Durham have submitted more than 400 applications worth £4.4m, with more than £1.5m already approved.

Farmers from these areas that have not yet submitted an application are urged to do so as soon as possible before the 1 April deadline.

Farm businesses affected by flooding are able to claim grants of between £500 and £20,000 to contribute to the cost of restoring farmland.

Farmers who want to apply for the Farming Recovery Fund can find the form and guidance at Gov.UK

Guidance for farmers who have lost livestock as a result of the floods can be found on the website of the National Fallen Stock Company.