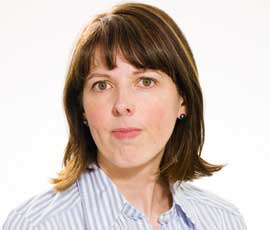 Plans for the next round of CAP reforms have finally been laid on the table but we have no idea how long the negotiations will take to complete.

The final proposals will probably get hammered out in the early hours of the morning many months down the line.

In the interim, there will be plenty of horse-trading done in the bars and meetings rooms of Brussels as individual member states seek to protect their own interests. Something will get agreed in the end, but it might look very different to what is on the table right now.

However, what happens after European ministers have signed on the dotted line is just as critical to the future of UK agriculture as the document they will be signing.

What is agreed in Brussels is just the start of the story. It is how politicians and civil servants choose to interpret it on the ground that can make all the difference.

Cast your mind back to 2003, and it wasn’t the deal agreed by ministers that has caused so many problems in England in recent years. The problem was the way Margaret Beckett chose to implement it.

In Scotland, Wales and Northern Ireland, where the decision was made to base single farm payments on historic receipts, things have largely worked. There are always a few exceptions, but in the main, payments go out in a timely fashion and the bulk of farmers get their SFP before Christmas.

In England, it has been a whole different story. Six years since the introduction of the Single Payment Scheme, the Rural Payments Agency is still struggling to get things right. Payment progress has improved in recent years, but waiting until March or even June for the annual SFP is not that unusual. Arguments about entitlements are ongoing.

You could point the finger at the RPA for failing to get a grip on the issue and it has certainly made mistakes. But the heart of the problem is Mrs Beckett’s decision to pick one of the most complicated systems she could – the infamous dynamic hybrid – tying the agency and farmers up in knots from the off.

If that wasn’t bad enough, the government also rushed things through. It actually had the choice not to implement its new scheme until 2007, but choose to introduce it at the first available opportunity in 2005. The RPA was left with too little time to get its planning right.

It may seem like ancient history. But we can’t afford to make the same mistakes again. If policy makers want to get things right this time around they need to keep things simple and phase in any new scheme’s introduction slowly.

If we go too far too soon, we will all pay the price.