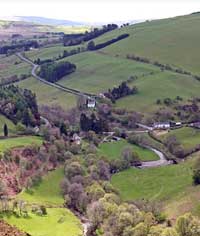 Cuts to staff numbers at Natural England of 30% could mean the loss of crucial front-line hand-holding to help upland farmers convert from Environmentally Sensitive Area agreements into Higher Level Stewardship.

With hundreds of thousands of hectares coming out of ESA from 2012-14, the NFU’s Andrew Clark said lack of on-the-ground advice was a real concern.

“These agreements used to have a project officer. Farmers need help getting into HLS, it’s completely different from ESA,” delegates at an NFU Conference uplands breakfast meeting were told.

But Natural England’s Helen Phillips said the body would do all it could to mitigate the impact of government-enforced cuts. “We’re going to have to be very deliberate to take as little out of front line as possible,” she said.

Replacing a regional management structure by working more closely at country level with NFU county chairmen was one way her organisation could help deliver the support farmers would need, she said.

Current conversion from “classic schemes” such as ESA agreements to HLS was better than 80% she said. But she would not be drawn on a precise prediction for the rate once the cuts had been implemented. “We’ll be looking at best value”, she said.

A government uplands policy statement due in March needed to recognise the need for hand-holding, Dr Clark told Farmers Weekly. “There’s got to be somebody on the ground. There needs to be funding for advice.”

The policy statement also needed to address key areas such as research funding and also a requirement for HLS schemes to be more flexible, he added. “We need to think about what sort of schemes we need for the future.”

According to DEFRA’s Jeremy Eppel, the government’s report due in March will include looking at: