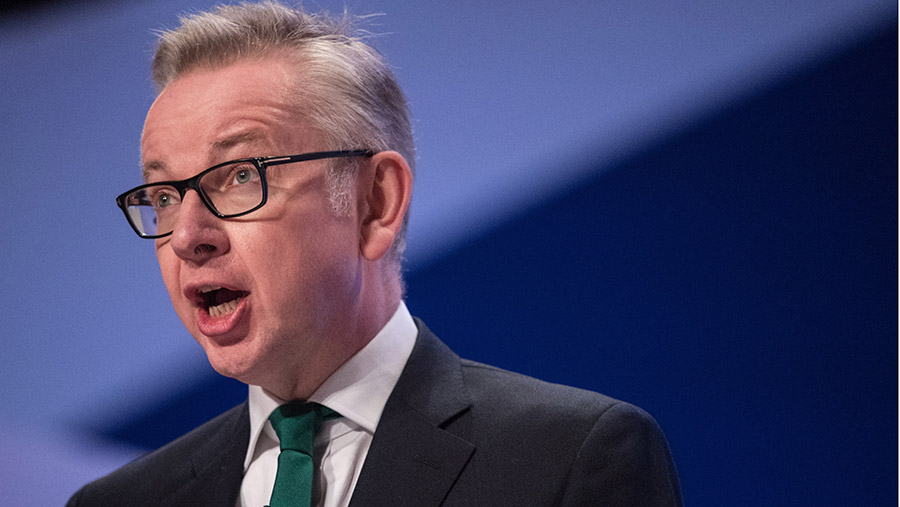 Defra secretary Michael Gove will be urged to make clear his commitment to agriculture when landmark plans to reform the sector are debated in the House of Commons.

Proposals to replace direct payments with a new system of support based on environmental measures will be debated by MPs at the Agriculture Bill’s second reading in the House of Commons on Wednesday (10 October).

Mr Gove argues that direct payments are unjust, inefficient and unfairly reward larger landowners. Instead, he wants to introduce a new system largely based on rewarding farmers for undertaking environmental measures.

Under the plan, direct payments will be phased out by 2027. But the government has only guaranteed overall funding for the sector at current levels until 2022 – sparking concern that farmers will face a shortfall under the new system.

NFU policy director Andrew Clark said: “Given this is something that is going to shape agriculture potentially for the next two or three decades, the face of the bill needs to be explicit in its purposes – and a safe, secure food supply should be one of those.”

Neither was there anything in the bill about the scale of the government’s financial commitment towards the sector – nor how long it would last, said Mr Clark. Farmers needed a long-term funding commitment if they were to deliver long-term environmental gains, he warned.

This meant a multi-annual funding commitment was needed that went beyond the lifetime of any particular parliament, said Mr Clark – so it became an agricultural policy for the country, rather than a policy for any particular government.

The Country, Land and Business Association (CLA) has also called for certainty on government funding for the industry post-2022. A carefully managed transition to the new system that avoided a cliff-edge for farm businesses was vital, it warned.

CLA president Tim Breitmeyer said: “The direction set for the Agriculture Bill by government in September gives a glimpse of the future and it is encouraging the industry has been listened to, but it is still relatively superficial.

“Now landowners, farmers and rural businesses need to know the detail that lies beneath the rhetoric. For farms and other businesses to develop meaningful plans for the future, we need to have much more clarity on how the new policies will work in practice.”

Speaking at this week’s Tory Party conference, Mr Gove said: “With the new Agriculture Bill, we have the opportunity to modernise our approach towards farming and to put sustainable, healthy food production on a firm basis for the future.”