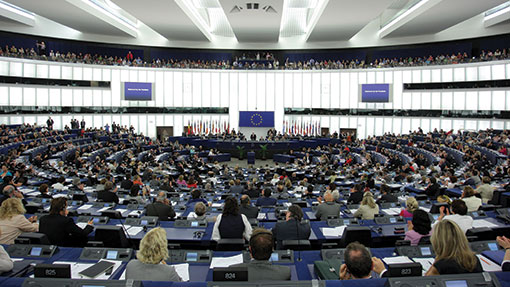 Farmers are being urged to lobby prospective MEPs at hustings ahead of next month’s elections for the European Parliament.

In total, 10 hustings will take place across the UK – giving farmers from all four home nations the opportunity to quiz election candidates ahead of voting on Thursday 22 May.

Hustings are being hosted by the NFU, NFU Cymru, NFU Scotland and the Ulster Farmers’ Union. Fay Jones, parliamentary and communications adviser for the British Agriculture Bureau in Brussels, said: “Without farmers voting for farmer-friendly MEPs, we won’t have anyone championing agriculture in the European Parliament.”

The NFU said it would not tell its members which way to vote, but was keen that farmers made their strength of feelings known on a range of issues. NFU vice-president Guy Smith said: “Like or loathe the place, Brussels takes decisions that affect life in the farmyard – and our ability to produce and compete as farmers.”

As well as CAP reform, decisions made in Brussels included rules about the electronic tagging of cattle and the banning of key agrochemicals (see “Plant protection” and “Bovine EID”). Mr Smith said: “In the life of the next European Parliament we could see the withdrawal of key crop protection products such as propyzamide (Kerb).

Farmers should contact their local NFU office for details. Hustings have already been held in south-east England. There are none in south-west England.

“For a farmer like me battling with blackgrass, I could have to switch from autumn to spring cropping and lose nearly half my yields. We need to lobby MEPs and potential MEPs to make sure they understand the consequences.

“If they approve a tough regulatory framework that puts up our costs, the effect is to export food production to those parts of the world where they have a more relaxed attitude. The MEP hustings give farmers the opportunity to make these points.”

UK farmers need their MEPs to be vocal in the European Parliament. Without them, pro-environment lobbying groups are all too quick to block or derail progress, said Fay Jones of the British Agriculture Bureau in Brussels.

When published two years ago, for example, proposed legislation for a new bovine electronic identification (EID) system was saddled with references to cloned animals and their offspring. “As such, the proposals couldn’t be agreed and long-awaited simplicity for farmers was left to wither away,” said Ms Jones.

MEPs finally broke the stalemate earlier this year – although it was left to a French MEP to persevere with the proposals. Finally, the European Commission came forward with news that separate proposals for cloned animals would be published later in the year, allowing the amendments to drop and bovine EID rules to proceed.

“Like or loathe the place, Brussels takes decisions that affect life in the farmyard – and our ability to produce and compete as farmers.”
Guy Smith, NFU vice-president

The most recent CAP reform was the first chance MEPs had to flex their new legislative muscles – and the European Parliament took its new responsibilities very seriously, tabling a record 6,582 amendments to the commission’s original proposals.

Some of those amendments made a real difference to the way in which the rules will apply on the ground. MEPs backed NFU calls to make greening rules more practical, raising the threshold above which three crops have to be grown from 3ha to 30ha, and reducing the amount of land to be set aside from 7% to 5%.

MEPs also scuppered commission plans on permanent grassland and made the capping of payments optional.

But for many farmers, the outcome remains far from ideal and the NFU is calling on the new parliament to use its powers to demand a review of the rules at the earliest opportunity. In particular, it wants the three-crop rule to be scrapped.

Over the past five years, the EU has put in place legislation restricting the availability of plant protection products.

The parliament was a strong supporter of the “hazard-based” approach, which means if a product contains certain active ingredients its use would be banned, irrespective of exposure risk and whether safe use can be identified.

The NFU has long campaigned for a risk-based approach to ensure that new crop protection technologies are not stifled or prohibited as a result of a perception of hazard.

It agrees that food production technologies must be safe, but argues that decision-making should be based on sound science and an understanding of risk in a practical context.

The availability of chemical control is increasingly limited, with many sectors relying on only one chemical to control major pests.

MEPs are jointly responsible for introducing these rules and have it in their power to call for a review of the legislation.