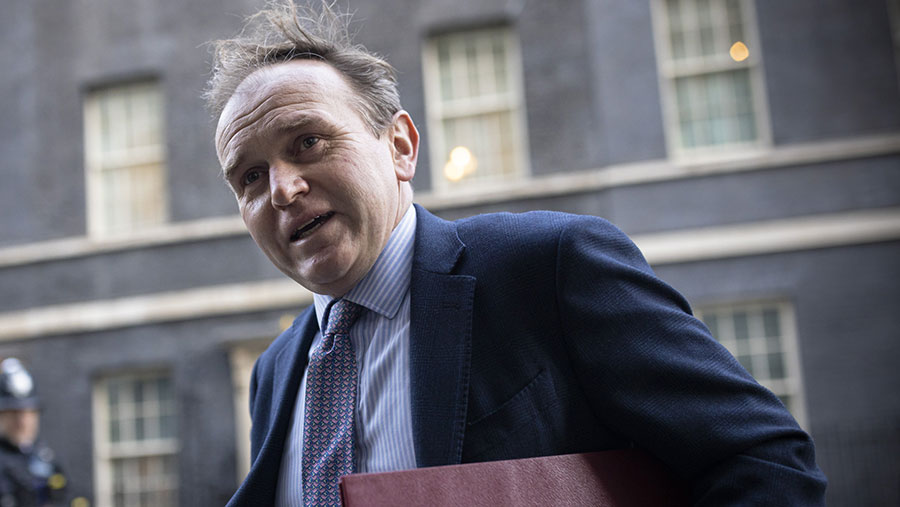 Defra secretary George Eustice says he will make a swift decision on the future of AHDB Horticulture after growers voted to abolish the compulsory levy.

The ballot on 18 February saw 61% of growers vote to end the levy they pay on business turnover to fund millions of pounds of horticultural research.

Mr Eustice said it was clear that the ballot was a “very straight result” – although he acknowledged that some larger horticultural producers were more supportive of the levy.

“It was a clear majority against and so we will respect the outcome,” Mr Eustice told the NFU’s annual conference on Tuesday (23 February).

Mr Eustice said questions remained as to what else might be done to help the horticultural sector because some work done by AHDB Horticulture was valued.

There was a lot of support and interest, for example, in the work done by AHDB Horticulture in terms of the emergency authorisations of plant protection products.

Mr Eustice suggested that one answer could be a model where people could subscribe to AHDB Horticulture to get access to emergency authorisations.

He also suggested that AHDB Horticulture could be given a convening role in marshalling public money given to R&D producer groups to fund research in individual sectors.

“We are exploring a range of different options,” said Mr Eustice.

The idea was to keep those elements of AHDB Horticulture’s work which were valued – but also respect the ballot result and remove the turnover levy.

Growers are now voting on whether to continue the levy that funds AHDB Potatoes.

Mr Eustice said other farm sectors would face a vote on levies too – and he would be working with AHDB chairman Nicholas Saphir to determine when those ballots would take place.