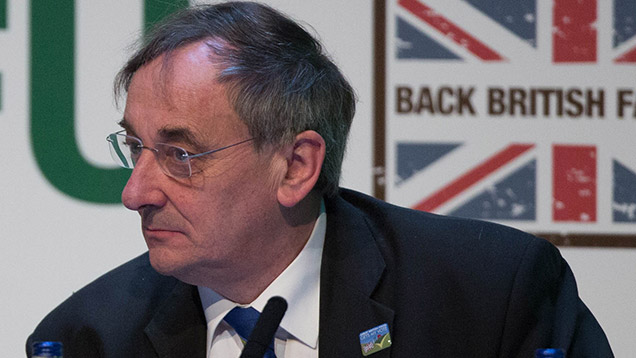 A commitment to British food and farming is among the promises the NFU says it is pleased to see made by political parties in their election manifestos.

After extensive analysis, NFU members at a union council meeting will hear what each of the parties have pledged for the food and farming sector.

NFU Council is made up of 100 farmers representing their respective areas of England and Wales. It also includes chairman for each of the commodity boards.

To promote British food ahead of the general election, just 16 days away, the NFU launched its own Great British Food Gets My Vote campaign in February.

Thousands of people have already pledged their support for the industry, says the union.

Other manifesto pledges include wide cross-party support for the grocery code adjudicator extension, rolling out high-speed broadband to rural areas and better labelling.

“The areas of divergence are of great concern to the NFU; these include the TB eradication strategy, which the Labour and Green Party have rejected.”

While Labour and the Lib Dems both want to stay in the EU, Ukip has pledged to leave and the Tories have promised to renegotiate Westminster’s relationship with Brussels.

Mr Raymond said the NFU would like to see more detailed policies from Ukip and the Conservatives on dealing with a potential exit from the European Union.

“It is the UK’s largest food export market and source of support payments,” he said.

Four of the NFU’s manifesto asks have already been implemented.

They include fines for supermarkets treating suppliers unfairly, a review of tractor and trailer weight and speed restrictions and legislation to combat fly-grazing.

The coalition government also recently said it would allow farmers to average business profits over five years rather than two for tax purposes.

Mr Raymond said: “We look forward to working with the next government whatever the colour, or colours, to ensure it has productive and profitable British food and farming at its heart.”