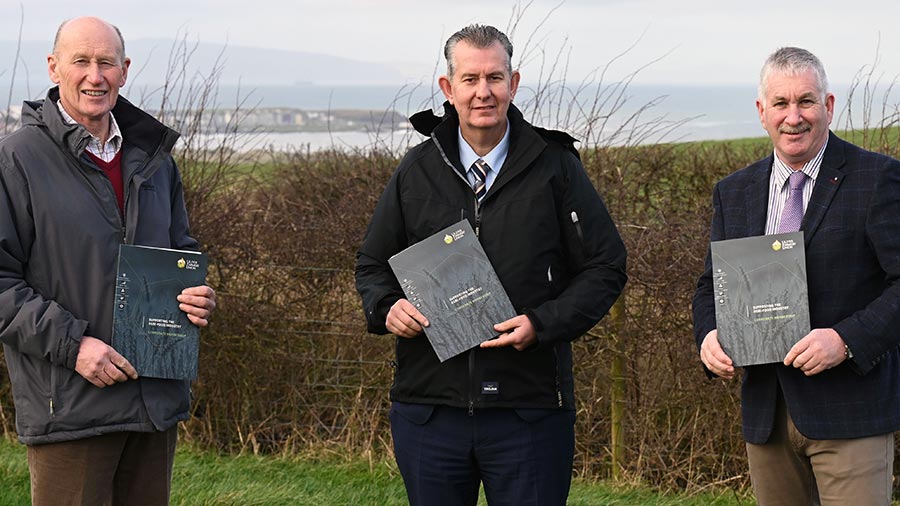 Combining nature restoration and food production is the primary aim of a new policy proposal devised by the Ulster Farmers Union and presented to agriculture minister Edwin Poots on Wednesday (12 January).

Farming With Nature intends to put farmers on the front foot as the department for agriculture, environment and rural affairs (Daera) presses on with devising a new post-Brexit farm policy for Northern Ireland.

“Farmers are eager to do as much environmental work on their farm as they can, and sooner rather than later, but it’s vital that they’re able to do this in a way that works for them and their business.”

The policy document sets out a number of key principles (rather than budgets) for a scheme intended to help farmers improve water quality, reduce greenhouse gas and ammonia emissions, enhance carbon sequestration and raise biodiversity.

For example, the scheme should be simple to operate, involve attractive funding and be less prescriptive than existing schemes, says the UFU.

Payments should be for both actions and results, and farmers should be able to self-assess the results, subject to spot checks by Daera.

The scheme should also run in tandem with support for increasing farm productivity and efficiency, says the UFU, on the grounds that this would enable farmers to produce more food from less land, so freeing up areas for environmental work.

The Farming With Nature report was presented to Mr Poots on Mr Harpur’s farm, although the UFU acknowledged that much of it has already been set out in Daera’s Future Agricultural Policy Proposals for Northern Ireland consultation, launched just before Christmas.

This includes a proposed Farming For Nature package, which, over time, is intended to become a “central plank” of future farm policy in NI.

Mr Poots said the UFU’s version would help depict the environment as another on-farm enterprise, with the potential to become a “profit centre within an overall sustainable farming model”.

“Moving forward, we must join up our environmental ambitions with farm economic activity. My proposals and, indeed the scheme proposed by the UFU, are a step in that direction,” he said.