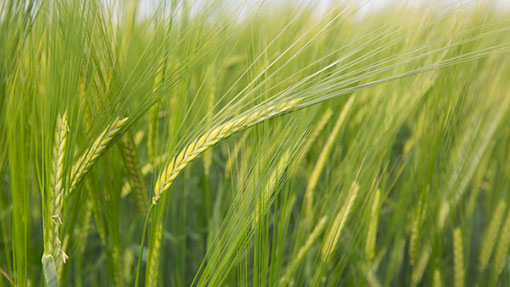 Scottish growers would be forced away from growing established crops such as malting barley under the three-crop rule, NFU Scotland has warned.

Instead of being market-focused in the crops they grow, they would have to plant other crops simply to secure the “greening” element of support available under the common agricultural policy (CAP).

NFU Scotland claimed that the policy was “nonsensical” in Scotland’s point of view and it has backed DEFRA’s plans for a review of the crop diversification element of the new CAP reform requirements.

Following a meeting with DEFRA secretary Owen Paterson in Edinburgh last week, the union has prepared a briefing on the three-crop rule – which will require most arable growers to grow three different crops from 2015 onwards.

It has submitted it to the minister to support his effort for the greening measure to be reviewed at European level.

“A primary reason for the three crop rule’s inclusion in the greening requirements of the reform package was as a means of combating monoculture – an issue in some regions of the EU – but certainly not Scotland,” said NFUS president Nigel Miller.

“We have consistently highlighted the damage that crop diversification requirements could wreak on arable production here in Scotland and we fully support the secretary of state in his efforts to have this nonsensical element of CAP reform reviewed at the earliest opportunity.

“For Scotland, weather pressures at harvest and during sowing periods are another factor which often dictates what crops our growers can produce.

“In the northern and more upland parts of Scotland, crop choice is limited, with spring barley at the core of production, underpinning our world-famous whisky industry and for European rules to force them into growing other crops is a nonsense.”

Meanwhile, a delegation of union officials held a private meeting with Scottish rural affairs secretary Richard Lochhead to push for more detail on the implementation of the CAP.

The meeting in Inverurie, discussed the Scottish government’s final implementation plans for delivery of direct support (Pillar 1) and rural development (Pillar 2) from 1 January 2015.

The union set down a marker that Scotland must push for arable and grassland support payments to move towards parity with those being achieved in other parts of the UK.

Speaking after the meeting, Mr Miller said the CAP outcomes must reward active producers, avoid damaging redistribution and “must not drag new money into the hills from low ground regions where budgets are already cut”.