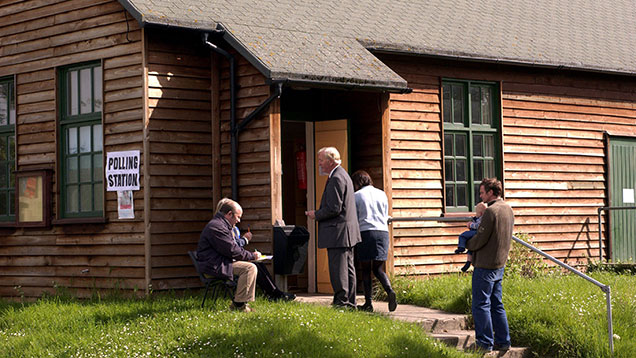 Britain’s main political parties clashed over their plans for agriculture as they unveiled their manifestos ahead of the general election.

Pledges made by the Conservatives, Labour and Liberal Democrats include separate promises to implement a long-term strategy for Britain’s food and farming sector should they form the next government after 7 May.

See also: Quiz: Can you guess which political party made these farming pledges?

Launched on Tuesday (14 April), the Tory manifesto promises that a Conservative government will set out a long-term vision for the future of British farming, working with the agricultural industry to develop a 25-year plan to “grow more, buy more and sell more British food”.

The promise followed a Labour pledge to revise and update its Food 2030 strategy – first introduced by the party in 2010 when it was in government. The Lib Dems too have pledged a similar plan to promote the production and consumption of healthy, sustainable and affordable food.

Strategy details are thin on the ground. But Defra secretary Liz Truss, who is standing for re-election as Tory MP for south-west Norfolk, said she wanted farmers to set out their ambitions for British agriculture.

She added: “It is really important that this is an industry-led plan.”

See also: Tories play down fears Defra may be abolished

Labour farm spokesman Huw Irranca-Davies, who is standing for re-election in Ogmore, said the updated Food 2030 strategy would be based on economic growth. It would include how food is produced, how producers and farm workers should be treated and a plan to attract new entrants.

Mr Irranca-Davies said: “I think it is remarkable and desperate for the Conservatives to suddenly discover a love for a food strategy in the run-up to a general election.

“They are essentially ‘cobbling together’ what they are already doing rather than a coming up with a proper plan.”

“We don’t just need a long-term plan – we need short- and medium-term targets that benefit farmers too.”
Matt Ware, NFU

Farm leaders have long called for a government strategy for agriculture, saying it would give the industry clear direction.

But they also fear too much long-term focus risks a situation where the government fails to address the immediate challenges facing farming.

“On its own, a long-term strategy is not a panacea,” said Matt Ware, NFU head of government and parliamentary affairs.

“We don’t just need a long-term plan – we need short- and medium-term targets that benefit farmers too.”

The fight against TB remains one area of noticeable difference between the parties – and where more immediate action will be taken. Ms Truss said the Tories would continue with their 25-year strategy to eradicate bovine TB and “do whatever it takes” to get on top of the disease.

But Labour have promised to end the badger cull.

Mr Irranca-Davies said a Labour government would continue with cattle-based measures – including the increased testing of animals and movement restrictions which were “already paying dividends without hitting the wildlife reservoir”.

Have your say on new government’s agriculture priorities

Farmers Weekly is inviting readers to complete a short, confidential questionnaire on whether you feel the coalition government has delivered for UK agriculture during the past five years.

We will use the results to tell politicians what farmers think the new government’s priorities should be for agriculture following the general election on 7 May.

Every reader who completes the survey will be entered into a draw to win £1,000.

The questionnaire should only take about five minutes to complete.

Any information you give will be used in aggregate form only and your views will be completely confidential, in accordance with the UK Market Research Society’s code of conduct.