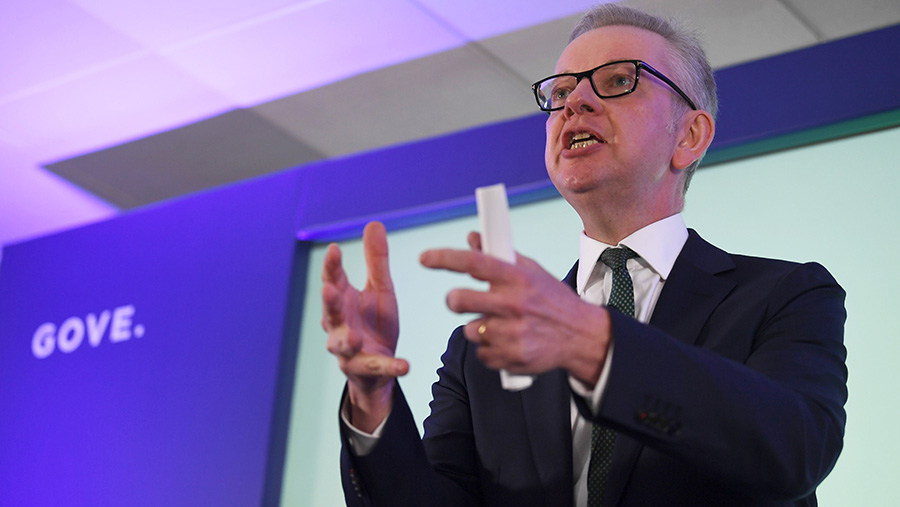 Defra secretary Michael Gove is one of 10 Conservative candidates in the running to replace Theresa May as prime minister.

Conservative MPs will now take part in a series of votes to whittle the list down to two candidates.

Former London mayor and Brexiteer MP Boris Johnson is considered as the hot favourite at 4/6, with Mr Gove currently rated at 16/1.

Mr Gove has been defending his record as Defra secretary and in other previous ministerial rules after his admission that he was fortunate not to go to jail over taking cocaine 20 years ago as a journalist.

He admits he “deeply regrets” taking the drug at social gatherings.

His shock mea culpa on past drug use has received a mixed response, with some critics praising him for being honest, while others have said this could damage his chances of being the next PM.

Whatever your opinions on Mr Gove, he has certainly shaken things up since he was named as Defra secretary two years to the day, on 11 June 2017.

Mr Gove has insisted that past discrepancies should not be held against him in the race for No.10 and he has been defending his record as Defra secretary.

In an interview with the Daily Mail, he promised to secure a Brexit deal based on a Canada-style, free-trade agreement, to take back control of how our country is run.

“We can then choose our domestic laws under the jurisdiction of our own Supreme Court,” said Mr Gove.

“It would mean that we can determine who comes to this country with an Australian-style, points-based migration system, and refuse entry for EU nationals convicted of serious offences.

“My deal would mean no more compulsory financial contributions to Brussels so we could decide how we spend our money.

“It would mean scrapping the Common Fisheries Policy so we could decide who fishes in our waters, and the Common Agricultural Policy replaced. Live animal exports to the Continent ended.”