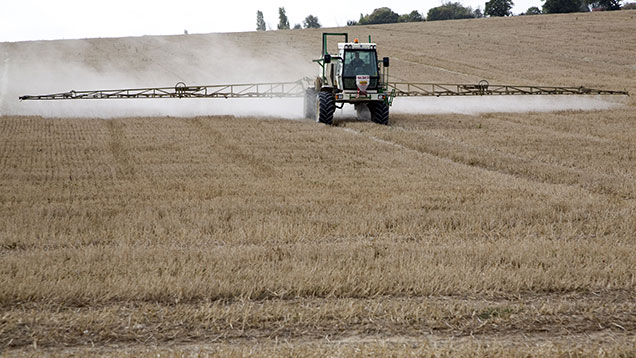 A failure to grasp the effect of EU and government policies on agriculture is costing the UK economy as much as £3.9bn, a study has said.

It commissioned a study – Food Supply in the Balance – to investigate concerns policies are made without an understanding of their impact across the whole farming industry.

AIC’s initial, but conservative, estimate is that the imbalance between opportunities and threats could be as much as £3.9bn, or one-third of the value which farmers add to the UK economy.

The AIC is calling on policymakers in the UK and Europe to develop adequate modelling to ensure the cumulative effects of regulation are taken into account and based on sound data.

One desk study showed that national wheat output could be halved if farmers bear the consequences of the threats without benefiting from any opportunities offered by new technology.

The report is being presented to MPs on Tuesday (16 June).

Business analysts from the Anderson Centre drew on 41 experts to identify potential opportunities and threats, ranging from animal disease and environmental controls to market volatility.

The arable sector was more adversely affected – up to 30% reduction in cereals – than livestock, where dairy could be worst affected with up to 18% reduction in output.

But in many cases there was no credible data.

Taking the example of ammonia from agriculture, AIC chief executive David Caffall said it was difficult to understand whether proposed limits on emissions were feasible or achievable.

He said: “It is a serious cause for concern that regulations being reviewed for issues such as ammonia emissions are lacking sufficient benchmark data.”