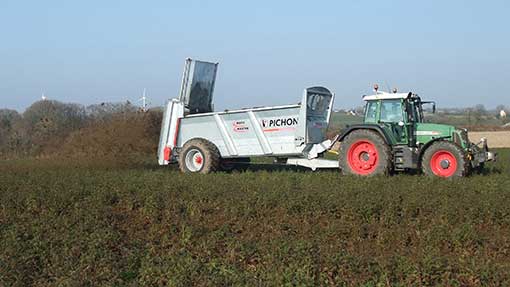 Significant changes to Nitrate Vulnerable Zones in Scotland have been proposed which will reduce the overall area of farmland under designation.

After a review of the Nitrates Action Programme it has been proposed that the area currently designated as NVZs in Scotland will fall by 24%.

However, it is suggested that one new area on the edge of the existing Strathmore/Fife area is given NVZ status and there will also be consultation on whether to add a completely new NVZ area in the Stranraer Lowland.

Rural affairs secretary Richard Lochhead said: “Protecting Scotland’s water environment is important to us all, and farming plays a key role in that protection.

“The Scottish Government recognises and supports the role the farming sector is already playing in reducing diffuse pollution impacts across the country.

“Brian Pack, as part of his ‘Doing Better’ review, has noted the need to review NVZ designated areas, as well as calling for the need to promote more efficient nutrient management practice to benefit farming, the environment and mitigate climate change, and that’s what we’ve done.

“It’s important that we get the views of those within the industry on these proposals, but where we can benefit farmers I would like to see this happen as soon as possible.”

At present, 14.2% of Scotland is currently designated as NVZ.

NFU Scotland vice president Allan Bowie said: “After years of lobbying for a more proportionate approach to NVZ designation, NFU Scotland welcomes the Scottish Government’s proposal to lift a significant number of Scottish farmers out of NVZ restrictions. That will be appreciated by many producers.

“We recognise that this consultation period runs for two months but after that, we would want to see Scottish Government crack on with the work to remove these areas from NVZ restrictions before the 2014 Autumn/Winter closed periods begins.

“We have always argued that robust, scientific evidence must be the defining element in NVZ designation. The new methodology is more robust and is to be welcomed, but it would have avoided much frustration and unnecessary paperwork and restriction for many farmers had such an approach had been adopted from day one back in 2002.”