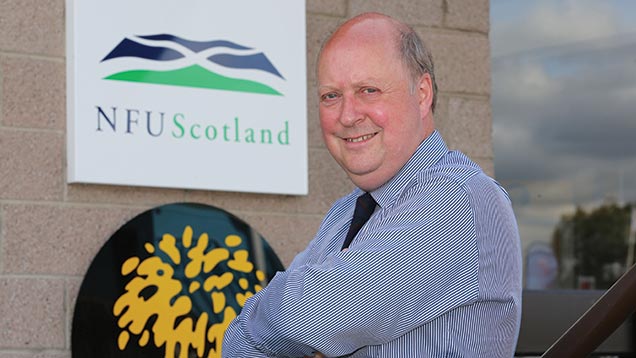 Farmers in Scotland have said planning for farm businesses while there are unresolved issues on CAP reform is like “staggering into the abyss”.

And he said they were fearful that the change to area payments would lead to the chaos experienced by English farmers in 2005-06 when they went through the same process.
Mr Miller said: “We know the basics, but the trouble is that the detail of the management is vague.

“We’re still not sure about guidance on fallow, for instance. In Scotland it seems to be the opposite of England, so it’s very confusing.”

“With 1 January less than three weeks away, we are now running out of time, so we are not in a great place right now.”
Nigel Miller

And although thousands of farmers have attended the government’s roadshows, which are designed to explain the detail of the new CAP, many say they are still in the dark over how their businesses can operate next year.

Galashiels farmer Joel Prentice attended the Kelso meeting and claimed afterwards that Scottish government staff were unable to give clarity on many of the issues raised.

“We’re staggering into the abyss,” he said. “The three members of the panel were repeatedly asked for clarification of the details. None was available, as the greening policy is still to be validated by the European parliament.

“I was offered this advice from a member of their staff: ‘Don’t put yourself in a position where you are going to need your payment in December 2015, it looks increasingly unlikely it will happen on time.’”

Mr Miller said Mr Prentice’s views were shared by a lot of farmers.

“The decision-making has been very slow and the information flow has not been good.  With 1 January less than three weeks away, we are now running out of time, so we are not in a great place right now.”