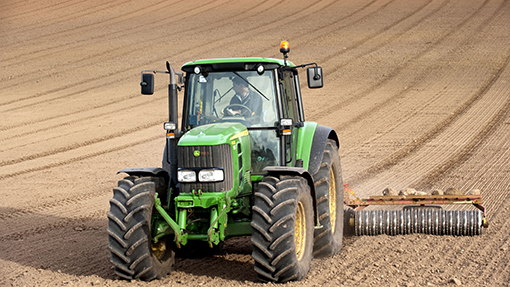 Cereal growers in Scotland have won important concessions on greening rules imposed by the Scottish government.

NFU Scotland (NFUS) welcomed the Scottish government’s latest announcement on greening details, which includes delaying the requirement to grow more than one nitrogen-fixing crop until 2016. NFUS said that condition would make the growing of these crops a viable option for Scottish growers.

The new rules came in the wake of last week’s crunch meeting between the union and rural affairs secretary Richard Lochhead.

NFUS president Nigel Miller said the government’s clarification around areas such as fallow, catch crops and green cover helped ease the growing frustration that farmers have had over the speed with which information on greening has been coming forward. And he urged the Scottish government to write to farmers and lay out, in simple terms, what they need to do to meet their greening obligations.

“Scotland’s farmers – both arable and the more intensive livestock and dairy producers – are struggling to comprehend the complexity that complying with greening measures presents,” he said. “We recognise that greening must deliver for the environment but it must also work on farm and be simple to audit.

“Buffer strips and field margins will make a meaningful contribution to all those priorities. However, a key part of the review process must mean the introduction in 2016 of conversion factors to make delivery and audit robust.”

The Scottish government’s rural affairs secretary, Richard Lochhead, who has been under pressure to satisfy the demands of the green lobby as well as farmers, claimed the new greening measures would provide more habitat for terrestrial bird populations and more food for pollinators like bees.

Mr Lochhead committed his government to a review process before 2016 in line with EU commissioner elect Phil Hogan’s simplification agenda and announced that the Scottish government is to commission new research into farming and the environment in Scotland.

Vicki Swales, head of land use policy at RSPB Scotland, welcomed the commitment to new research but said that the negative reaction of NFUS to greening measures did little for the image of Scottish farming.

She added: “Let’s be clear, farmers have a wide range of options to meet the greening requirements and, in return for doing so, will receive a substantial payment from the taxpayer. Mr Lochhead has been more than fair in recognising farmers’ concerns while also trying to help the environment.”

The latest greening measures announced include: