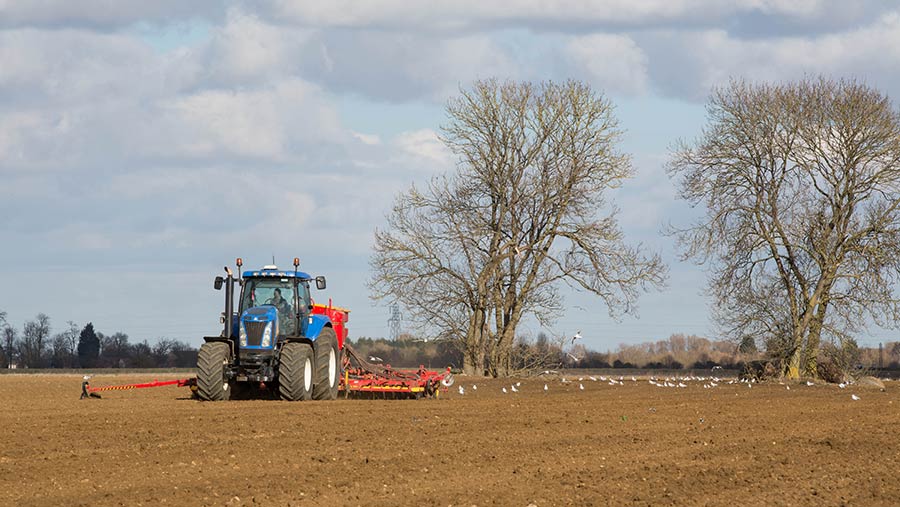 Farmers in Scotland have been granted a derogation from the three-crop rule following prolonged cold, wet weather.

The decision follows lobbying by NFU Scotland, which has consistently opposed the need for the EU rule, describing it as a blunt instrument with little benefit.

See also: No three-crop rule derogation for farmers in England

Bad weather has also prompted a derogation for farmers in the Republic of Ireland. But farmers in England must still abide by the three-crop stipulation.

Designed to encourage crop diversification, the rule requires farmers to have a minimum of two or three crops in the ground during the months of May and June.

“Meeting the three-crop rule for many farmers has been almost impossible,” he said.

“The derogation from the three-crop requirement will make a difference to growers who have been unable to get on to waterlogged ground.

“But it is already looking for some parts of the country that fallow may be a more economic option than planting.”

NFU Scotland argues that the rule does not fit the profile of Scottish agriculture and offers little environmental gain but adds significant cost for many farmers.

It says the rule also has a public cost in terms of inspections and compliance complexities.

The union has proposed the removal of the crop diversification and permanent grassland requirements from farm support greening rules from 2021.

It says there is no monoculture issue in Scotland and the abundance of permanent grassland at a national level renders the requirements completely unfit for purpose.

But the three-crop included prescriptive dates that compromised food production while doing little or nothing in terms of environmental benefits.