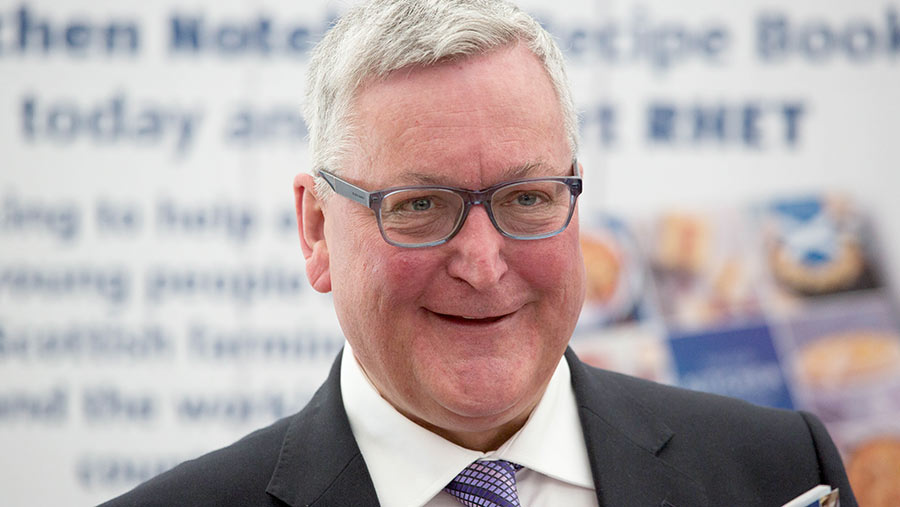 The Scottish government will not support the banning of live exports of livestock, according to rural economy secretary Fergus Ewing.

This comes just a week after more than 50 MPs took part in a reception at the House of Commons on Monday 29 January, calling for an end to live animal exports for slaughter.

A Private Members Bill on the issue of livestock exports was due to be heard at Westminster on Friday (2 February), but it was withdrawn by sponsor and former Conservative minister Theresa Villiers.

Mr Ewing has stated he will not support anything that creates further challenges or difficulty for our farming sector or puts Scottish agriculture at a disadvantage.

He said the move would potentially do “substantial harm” to the livestock sector, as well as farming in the Western Isles, Shetland and Orkney, and trade with Northern Ireland.

He said: “The Scottish government will, therefore, not support the banning of live exports of livestock, but will remain committed to the welfare of all animals during transport adhering to the current rigorous standards which apply – standards and regulations provided by the EU, that are already world class and protect us all through animal, plant and chemical health measures and enabling our produce to be traded around the world.”

Defra secretary Michael Gove spoke out in support of restricting live exports of animals for slaughter at last year’s Conservative Party Conference. It is part of the government’s plan to deliver “world-leading standards on animal welfare”.

However, Ulster Farmers’ Union (UFU) president, Barclay Bell, said the idea was a complete non-starter for the Northern Ireland farming industry and must be strongly opposed by MPs.

The live export of cattle and sheep forms an integral part of the Northern Ireland livestock sector, injecting in excess of £70m into local farm businesses per year. Over 50,000 cattle and 500,000 sheep are exported live annually for further production or slaughter in other regions of the UK and to EU member states such as the Republic of Ireland and Spain.

A Westminster Hall debate on the issue is scheduled to take place on 26 February, which has been secured after a petition started by Janet Darlison, a pensioner from Romford, gained more than 62,000 signatures.