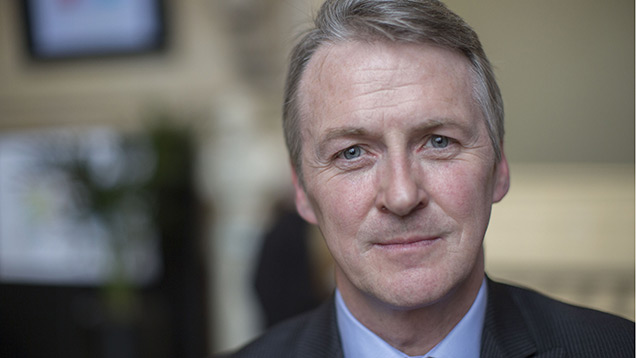 Former Defra minister and shadow farm minister Huw Irranca-Davies has stepped down as a Labour frontbencher after almost a decade.

Mr Irranca-Davies, who was re-elected as MP for Ogmore, south Wales, in this month’s general election, announced his decision in a website statement.

“The decision is entirely my own,” he said. “It has been a privilege to serve as a minister and shadow minister alongside passionate and talented colleagues.”

Mr Irranca-Davies served as a government whip and minister in the Wales Office and Defra under Labour prime ministers Tony Blair and Gordon Brown.

After the Conservative-Liberal Democrat coalition government came to power in 2010, Mr Irranca-Davies served as a shadow Defra minister and then shadow energy minister.

In October 2011, he was appointed shadow minister on food and farming – a role he held until what he described as this month’s “shock” election defeat for Labour.

A staunch opponent of badger culling as a means of controlling bovine TB in cattle, Mr Irranca-Davies nonetheless remained widely respected for his dedication to rural and farming issues.

He called for the groceries code adjudicator to be given more powers to ensure a fair deal for farmers and said cut-price milk buyers should be named and shamed.

He also advocated a long-term government strategy for food and farming.

Writing on his website, Mr Irranca-Davies said he did not rule out a return to the front bench in the future if the opportunity arose.

But for now he said he intended to play a “full and constructive role in the rebuilding of the Labour Party in Wales and the UK from the back benches”.

Mr Irranca-Davies said he would be speaking up as always for his constituents and putting forward ideas which would reconnect people with politics.

He said he would also be working for Labour success in the elections for the National Assembly for Wales next year.

“The general election has been a shock to Labour, and to those who sought a more compassionate politics and government in Westminster.

“There will now be very tough times ahead for many of my constituents, and for many throughout Wales and the UK. I will continue to speak up for them, now and in the years ahead.”