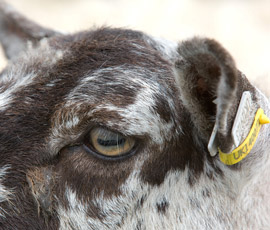 An Irish company has been provisionally chosen to deliver a new electronic movement reporting system and database for sheep, goats and deer in England.

DEFRA signalled its intention to offer the contract to SouthWestern, a leading business process outsourcing firm based in Cork.

It will replace the paper-based system for movement controls, making it simpler for farmer to input their movement data, and quicker for DEFRA to access information to track movements to prevent and control the spread of animal disease.

DEFRA said the new system, which will be full operational by April 2014 at the latest, will be less burdensome on the farming industry and save farmers £560,000 and the taxpayer £6.8m over 10 years.

“This contract will help us keep tight control on the spread of animal disease by providing a modern, simple service to quickly and accurately allow us to know exactly where and when animals have moved around the country,” said a DEFRA spokesman.

“This will replace the burdensome paper system currently used and deliver big savings to the taxpayer and to farmers.”
DEFRA spokesman

“This will replace the burdensome paper system currently used and deliver big savings to the taxpayer and to farmers.”

Farmers who cannot access the electronic system will still be able to continue with paper records – the only change will be that their forms will need to be sent to SouthWestern rather than their local authority.

The Richard MacDonald Task Force on Farming Regulation recommended the adoption of electronic movement reporting systems for sheep and other species in their report published in May 2011.

SouthWestern is based in Clonakilty in the Republic of Ireland, with an operations centre at Letchworth, Hertfordshire. The firm is a leading European provider of front and back office services to the public and private sector.

SouthWestern was selected following an “open and transparent procurement competition”. DEFRA said there will now be a mandatory standstill period of 10 days before the contract is formally awarded, after which work will begin to agree delivery of the service in consultation with industry.

NFU chief livestock adviser Peter Garbutt said: “This move has the potential to save both industry and government money, while delivering a better service for farmers and improving our safeguards against the spread of disease.

“SouthWestern appears to have a strong track record in dealing with databases and traceability systems. We have already been in touch with them to see how industry will be involved in the operational governance of any system and their anticipated delivery timetables.

“The NFU has always maintained that there should be no additional costs to farmers for movement reporting apart from the price of a postage stamp.”