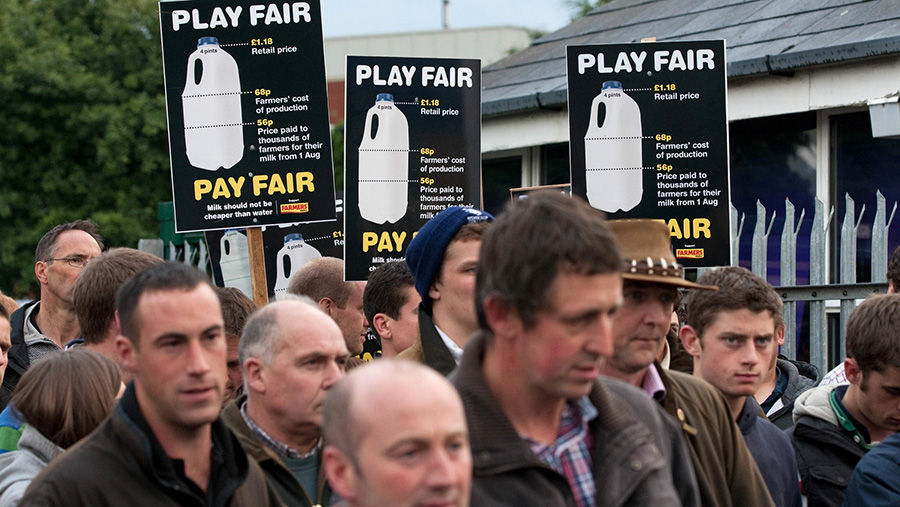 The Tenant Farmers Association (TFA) is backing the “Farming to London” march organised by Farmers For Action (FFA), warning there could be a significant exodus of producers unless the government intervenes in the current crisis.

FFA confirmed last week the demonstration will take place on 23 March in London and will run from Waterloo Place, through to Trafalgar Square and then on to 10 Downing Street.

At Downing Street, a small delegation will be allowed in to present a letter to the prime minister which outlines FFA’s concerns about the industry and the failure of ministers to represent its interests.

TFA national chairman Stephen Wyrill said he hoped as many people as possible would attend, as it would be a peaceful, productive demonstration that could unite farmers and consumers.

“I have been greatly heartened by the support farmers have received from British consumers. They tell us consistently of their desire to buy British products, which they know are produced to high animal welfare, environmental and food safety standards. However, without government intervention, we are in danger of losing a significant volume of producers in short order.

“The aim of the march is to press government to explain to the industry and to British consumers what its strategy is for British agriculture.”

FFA chairman David Handley has told Farmers Weekly if all the coaches funded by sponsoring companies are filled, there will be at least 2,500 people in attendance. Other farmers are also expected to make their own way there.

Support for the demonstration is particularly strong in the south-west of England.

Mr Handley has acknowledged there are people who question what a march will achieve, but says it is better to have tried to do something, than not tried at all.

FFA is publishing details of the coach transport options on its website to enable farmers who wish to attend to book their seat.

The musician behind the 2012 SOS Dairy Song, Toby Wilson, has already penned a new piece of music which he hopes will become an anthem for all those taking part in the march.

What do you think about the march? Will you be attending? Share your views by emailing philip.case@rbi.co.uk