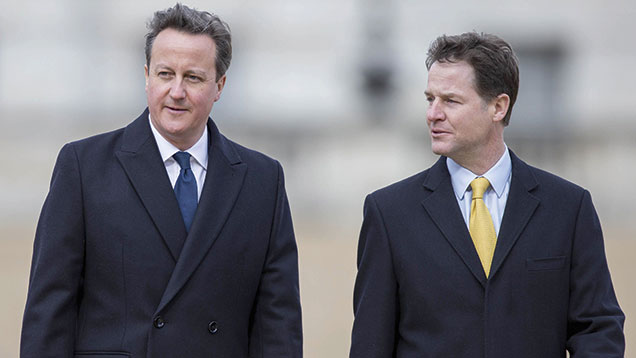 Giving the go-ahead for a badger cull to combat bovine tuberculosis is the coalition government’s biggest achievement, according to a Farmers Weekly survey.

The survey found 45% of respondents felt culling badgers was the government’s greatest achievement during the five years of the Conservative/Liberal Democrat administration, which came to power in 2010.

The poll comes as David Cameron pledged that a Tory government would continue its long-term battle to eradicate bovine TB following the 7 May general election – insisting that badger culling remained a key part of the strategy.

The prime minister did not commit to rolling out culling this year beyond pilot zones in Gloucestershire and Somerset.

But he added: “I am clear that we will do whatever it takes to tackle this devastating disease.”

The next most popular policy with readers was the introduction of the groceries code adjudicator – ranked by 10% of respondents as the coalition’s greatest achievement.

In joint third place was the agri-tech strategy and CAP reform, each ranked by 9% as their most popular policy.

Overall, only 35% of respondents agreed that “the coalition government has delivered for farming over the past five years”.

Some 44% of readers said they disagreed with the statement, with 21% neither agreeing or disagreeing.

Almost one-third of farmers (29%) said the coalition’s biggest failure had been its inability to curtail supermarket power.

One-fifth of farmers (20%) said there was still too much red tape and 17% said the coalition had negotiated a poor deal on CAP reform.

The findings echo an NFU assessment of the coalition’s performance when it comes to agriculture.

The NFU included 46 policy “asks” in its manifesto before the 2010 general election.

Since then, 10 NFU asks have been met, 13 partially met and seven areas have worsened.

The coalition had successfully reappraised Defra’s priorities to bring food and farming back to the heart of government – as well as implementing the McDonald review to reduce red tape, said Matt Ware, the NFU’s head of parliamentary affairs.

It had also heeded NFU calls abolish the Agricultural Wages Board, refocused on science by introducing the agri-tech strategy, established the groceries code adjudicator and embarked on a TB eradication strategy that included badger culling.

“It was perhaps fortuitous that the coalition government was made up of the two parties whose manifestos matched ours most highly,” said Mr Ware.

But areas that had worsened included a more complicated CAP, backsliding on biofuels targets and the loss of environmental schemes.

Better mobile phone coverage and faster broadband are among the top rural issues that must be addressed by the next government, suggest general election hustings organised by the Country Land and Business Association (CLA).

The CLA hosted a series of hustings across England over the past three months – giving farmers, landowners and rural businesses the chance to quiz prospective parliamentary candidates in the run-up to 7 May.

“Delivering mobile phone and internet coverage that actually meets the needs of rural business and communities has been singled out as a priority at every one of our hustings events,” said CLA president Henry Robinson.

“Prospective MPs have been left in no doubt that we expect them to keep up the pressure for better access to efficient, reliable and affordable rural broadband.

“Everyone agrees that rural communities should get this, but local MPs will have a key role to play in ensuring coverage is delivered.”

“Delivering mobile phone and internet coverage that actually meets the needs of rural business and communities has been singled out as a priority at every one of our hustings events.”
Henry Robinson, CLA president

“While we are choosing a government, we are also choosing the men and women who will speak up for their local areas.

“Of the 573 MPs in England and Wales nearly 200 will represent significant rural seats and together they present an important voice for rural businesses and communities.”

Debates focused on the inconsistency of planning authorities and their continued failure to deliver long-term plans and visions that work for rural communities.

“While we do not know what the colour and composition of the next government will be, we can be sure that elected MPs will need to deliver for the rural communities in the constituencies they represent.

“The CLA will be pressing MPs to keep the promises they have made.”