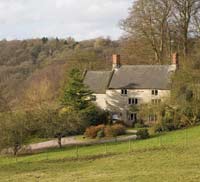 Addressing problems like TB, electronic identification of sheep, disease cost-sharing, and affordable rural housing would also be high on the agenda.

Mr Paice said he was already working on a solution to TB.

“We can’t have this wanton destruction of cattle with no gain – culling badgers has to be part of the solution.”

Discussions on cost sharing would have to continue if the Conservatives won the next election, but not in their current form, he added.

This would involve the creation of local housing trusts, run by local people, to help increase the number of affordable rural homes.

Trusts would have the freedom to develop homes by purchasing cheap land which would otherwise not be developed and to grant their own planning permission.

“We need vibrant rural communities and that means we’ve got to enable young people to stay in areas where they grew up.”

Retiring tenant farmers also needed to be provided for, he added.

“We don’t want villages to be frozen in time – if we can allow them to grow by, say 10% over a decade, it won’t destroy the village and it could be a lifeline for services like buses, schools and so on.

“I think this is a genuine step forward and I’m very excited by it.”

“We have got lots of landowners who are willing to donate land – the stumbling block is always in getting planning permission.”